It is part of the new rest zone. 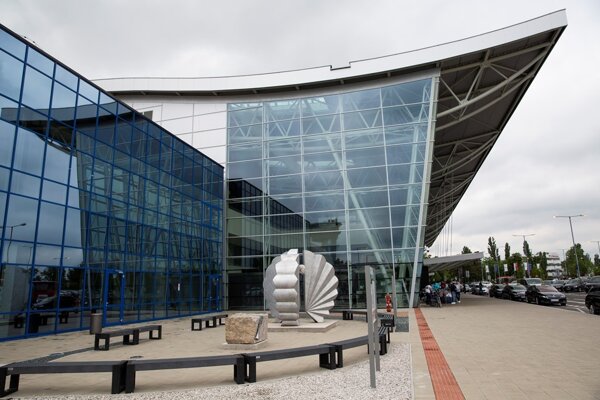 The new resting zone with the Štefan Banič memorial and the foundation stone of the terminal. (Source: TASR)
Font size:A-|A+558

The memorial to Slovak parachute inventor Štefan Banič has returned to the front of the Bratislava airport building. The work of sculptor Vladimír Môťovský and architect Otto Wiesner was originally unveiled in 1970, on the occasion of the 100th anniversary of Banič’s birth. The memorial had to be removed due to the re-building of the airport’s terminal in 2009. The memorial, representing an open parachute with a bust of Banič, along with the foundation stone of the new terminal is now part of a rest zone next to the arrivals terminal.

“The well-known statue, which was missed by its many admirers, has returned to the airport after 10 years, where it can again be enjoyed by visitors,” said general manager of the Milan Rastislav Štefanik airport, Jozef Pojedinec. 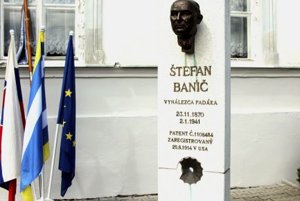 Banič owned the US patent for the parachute from 1914. In 1912, he witnessed a plane crash after which he played with the idea of inventing a device that would save aviators in such accidents. The US patent office in Washington patented his invention on August 25, 1914. After he returned to Slovakia his name became even more well known when he co-discovered the Driny cave near the town of Smolenice (Trnava Region). 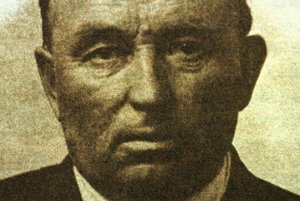