Start off your June at the hot air balloon show in Košice and finish it off by taking part in the Košice triathlon. Two film festivals, as well as a fairytale castle, also wait for you in June. 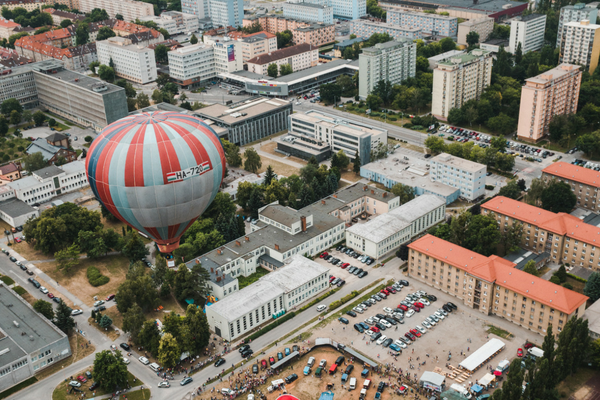 The first summer month, June, is around the corner. We can look forward not only to summer solstice on June 21, when we enjoy the longest day of the year, but also more events held outside, in parks and on squares. Košice especially offers several events worth visiting. Hence, they dominate the June list, but let's head off to Nitra first.

1) Festival of Flavours of the Nitra Region

Nitra opens its summer full of culture on June 1 with this gastronomic festival for the fifth time. Part of it is also the Strawberry Nitra event, during which visitors can taste plenty of meals with strawberries grown in the Nitra Region. In addition, the international festival of drums and percussion, drumpoint Slovakia 2019, and a carnival parade filled with Latin vibes are planned for the day.

The unique festival, during which the sky will be packed with hot air balloons, returns for the 26th time to the campus of Technical University in Košice. Not only can visitors walk among the balloons and take pictures but they can also pay for a balloon flight. To buy a voucher, click here. Most importantly, this is an exciting event for children that can even experience what it feels like to be flying in a balloon, on June 7, and enjoy other on-the-ground activities in a picnic zone. More information can be found here.

More than 160 pottery makers from Slovakia and other countries (Czechia, Slovenia, Bulgaria, Hungary and Poland) will meet on Pezinok square for the 16th time to celebrate ceramics and the ancient craft of pottery-making. In addition, children can join workshops and even compete in making clay products on a wheel. On the other hand, parents can enjoy a glass of wine on Little Wine Alley (Potočná Street). 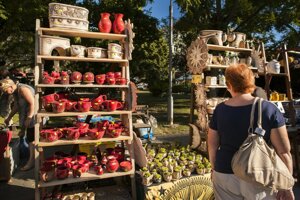 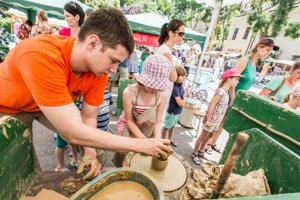 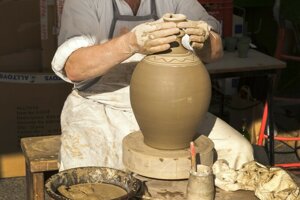 The atmosphere at the Ceramic Market in Pezinok (12 photos)

The gourmand festival comes back to Košice for its tenth edition. All the gourmets will have the opportunity, throughout three days, to taste food prepared by the best chefs in Košice and drink beer from local breweries, including Herrenwald, Corvus and Hostinec. As well, a bakery that makes food for dogs will be at the festival! Here is one thing to keep in mind – people can only pay with tokens at the festival, which can be bought on the spot. More information on what time the festival takes place and which restaurants and breweries will be there can be found here.

Once upon a time… This is how the biggest fairytale theatre festival may start at Bojnice Castle. Each year, the programme is inspired by a well-known fairytale, such as Sleeping Beauty. However, a bit more magic will be added to the festival this June as the programme carries the idea of The Wizard of Oz. Bring along your children and let them become Dorothy for a while. Do not forget it is important for kids to dream and follow their dreams. More information on here.

Before becoming the Ukrainian president-elect, Volodymyr Zelensky had been an actor. His comedy from 2018 will be screened at this international festival in Košice. Film goers can enjoy plenty of films from around the world in several Košice theatres, as well as concerts, workshops and discussions. In 2019, the jury will again award the Blue Angels awards in five different film categories as well as the Golden Camera to a film professional for their contribution to the industry. The festival has been held in Košice since 2016, but its history dates back to 1993 when it launched in Trenčianske Teplice. More information on the festival, tent city, prices and the like can be found here.

At this music festival, which presents mainly the folk culture of eastern Slovakia, organisers and visitors will try hard to break the record in dancing karička, an eastern Slovakian folk dance performed in a circle, as well as čardáš, a Slovak folk dance with Hungarian origins, on the Košice promenade. In addition, not only Slovak but also Polish and Slovenian folk groups will join the festival. A fair promoting traditional crafts will be held on the promenade, as well. 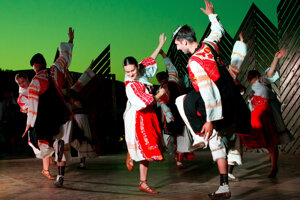 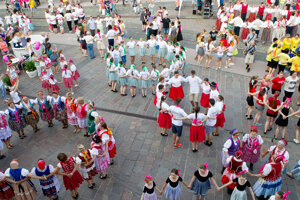 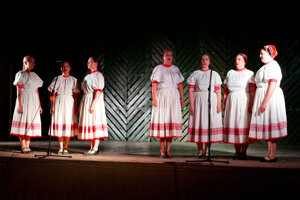 In many countries, bonfires and other festivities are held on the night of June 23, or even on June 24. St John the Baptist was born on this day, but the celebration also coincides with the June solstice, on June 21. All the Johns (Ján) in Slovakia celebrate their name's day on June 24, as well. In Martin, you can learn more about how people celebrated the summer solstice in the past. 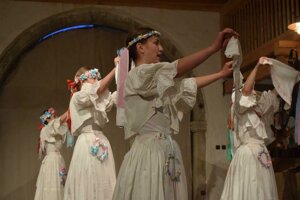 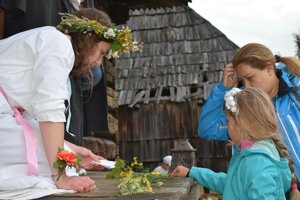 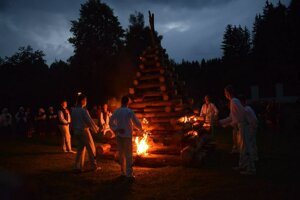 This is the only Slovak multimedia festival that presents animated films of multiple types, mostly for adults. This year's topic is “identity”, and foreign guests will attend the event. British writer and animator Candy Guard, who created a number of award-winning short animated films for the BBC and Channel 4, will join the jury and lead a workshop at the festival. More than 30 Slovak short animated films and videos will be screened, but even more animated films from around the globe will be screened within 11 categories, out of which two are focused on children. The list of the movies can be found here, alongside other information and tickets.

Have you ever considered taking part in a triathlon but have not found enough courage? If you make up your mind by June 29, you can experience what it is like to swim 750m, cycle 20km and run 5km in one go in the Košice triathlon. Moreover, children and teens can try it out too. They will run 500m, cycle 1km and swim 40m in their category. Are you up for it? You can find detailed information (registration, fee, course, etc.) in English here.