The revision leads to more market-oriented support for green energy 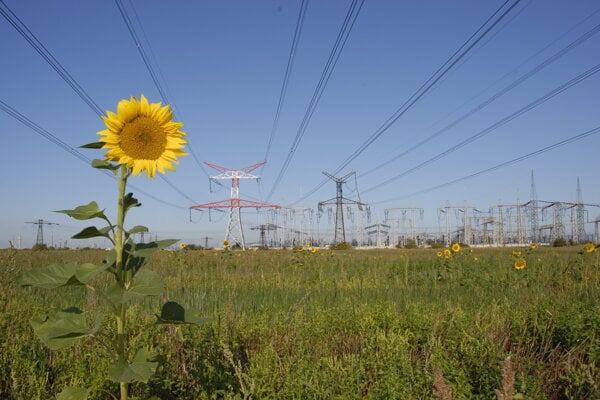 Green energy is one way countries can reduce CO2 emissions and fight climate change. Slovakia adopted a support scheme for green energy via the so-called feed-in tariffs; however, this has resulted in higher electricity prices for end consumers.

In 2018, the Economy Ministry prepared an extensive revision of the Act on Support for Renewable Energy Sources (RES) and Highly Efficient Cogeneration (CHP), which the parliament adopted on October 17. It became effective on January 1, 2019, while some of its provisions will become effective as of 2020 or 2021.

“This is basically a new structure for RES support,” said Economy Minister Peter Žiga, adding that the revision makes the support scheme more market-oriented with a minimal impact on the end-user price for energy. He noted it is also in harmony with the best foreign practice and legislation of the European Union.

The revision maintains support for existing green electricity producers as well as the feed-in-tariff support scheme for small electricity producers. For larger producers with installed capacity above 500 kW, it introduces a new scheme of auctions within which the winners will receive so-called feed-in-premiums.

The revision also introduces a new institute of local source. As a result, the local source will generate electricity in the same place it is consumed. Energy-intensive companies will also receive compensation for high energy prices.

The Slovak Association of the Photovoltaic Industry (SAPI) believes that the change in the purchase of supported green electricity and the payment of the premiums will lead to the stabilisation of the RES support scheme that has been deficient in the long term and has created negative motivations from the side of key entities. It should prevent, in particular, the operators of regional distribution networks and the regulatory authority, the Regulatory Office for Network Industries (ÚRSO), from interfering with non-systemic and problematic measures, SAPI opines.

“We believe that the revision will lead to a fundamental change in the further development of renewable energy sources, especially photovoltaics,” Ján Karaba of SAPI told The Slovak Spectator.

Biomasa, an association that promotes the potential of biomass in Slovakia, is pleased that the support of renewable energy sources is also getting attention in the legislative field.

“This is an inevitable precondition for progress in the usage of renewable energy sources in Slovakia,” Ladislav Židek, the general director of Biomasa, told The Slovak Spectator. “Nevertheless, as the revision has only been effective since January, it will be possible to assess its influence upon the future of renewable energy sources only with the benefit of hindsight.”

Židek, however, points out that the latest development in Slovakia will not lead to support for usage of RES but, contrary to this, ongoing support and the introduction of support for the usage of fossil fuels, such as natural gas, under the pretext of reduction of solid polluting particles.

End of the stop status

“Primarily, the reform changes support for new producers of electricity from RES as it introduces auctions,” Jozef Badida, an energy analyst for Energie pre Vás website, told The Slovak Spectator.

The revision means an end to an unofficial ban on new facilities producing green electricity and the qualification of support in the form of feed-in-tariffs as of late 2013.