Kuciak’s name added to the Journalists Memorial in Washington

A total of 54 journalists were killed last year. 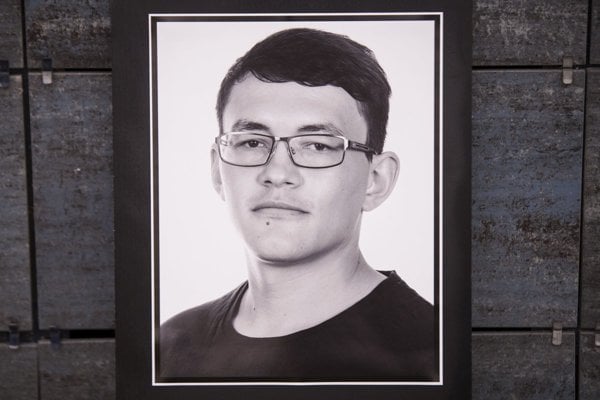 The names of 21 reporters who died or were killed in pursuit of journalism in 2018 were etched onto the Journalists Memorial in the Washington-based Newseum on June 3. One of them is Ján Kuciak, a reporter of the Aktuality.sk website, who was killed with his fiancée, Martina Kušnírová, in February 2018.

A two-story glass memorial recognises the reporters, editors, photographers and broadcasters who lost their lives reporting the news, the Newseum wrote on its website.

The selected journalists were added to the 2,323 professionals currently recognised on the memorial, which includes journalists dating back to 1837. The memorial is rededicated annually to illustrate the ongoing dangers faced by journalists around the world.

11 journalists died in combat while 34 journalists were murdered in 2018, according to the Committee to Protect Journalists.

“The memorial and this annual rededication event remind all of us everyday that the world is an increasingly dangerous place for those who gather and report the news – whether that is from the inherent dangers of reporting from the battlefield or the storm front, or from being targeted by criminals, terrorists or repressive governments,” said Gene Policinski, president and chief operating officer of the Freedom Forum Institute, as quoted in a press release.