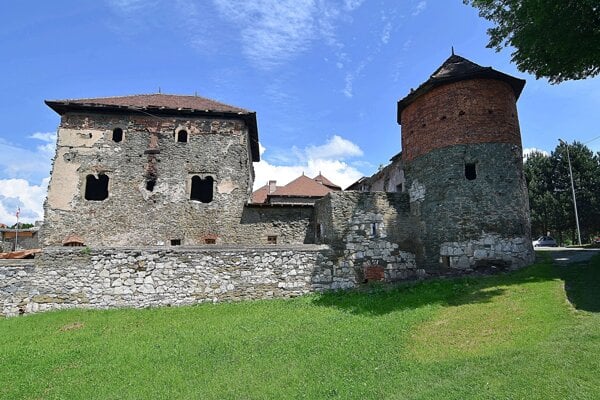 There is ongoing archaeological research at Markušovce Castle near Spišská Nová Ves. By now, it is clear that one of the most significant findings are the bases of the residential circle-shaped tower.

Archaeologist Ján Rákoš said that it probably belongs among the oldest construction phase of the castle from the end of the 13th and beginning of 14th centuries. Till now there had been no archaeological evidence for this phase.

Archaeologists used probes to look into the upper and lower courtyard as well as the forefield of the lower gate of the castle. The research revealed the remains of stone architecture in the lower courtyard. Head of the research Kamil Švaňa explained that these were the remains of a circle-shaped tower. It was part of the defence system as well as the residential tower.

“We found the remains of the entrance to the tower's lower floor under the level of terrain,” he said, as quoted by the TASR newswire. The higher parts are not preserved, probably dismantled when building newer parts of the castle, he said. 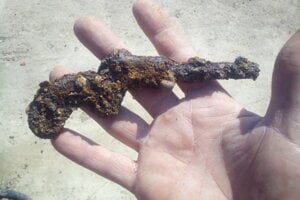 The tower used to have several floors, the average between 15 and 17 metres and the width of the wall about 150 centimetres. It is not clear how high was the tower.

Above all, the foundation masonry and the upper part of masonry were preserved from the east side with architectural elements that prove the entrance to the tower used to be from the southeast.

There are written references and archival material on Markušovce Castle, however, historians have not yet proven the oldest period with documents. Moreover, it was talked more about a manor house than a castle, since it was not clear whether something was standing here in the Middle Ages. 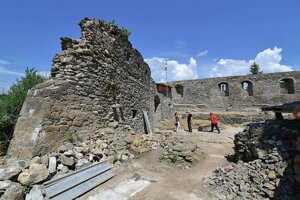 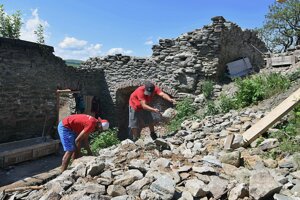 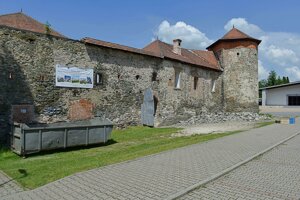 This archaeological research has shifted the date of the construction in Markušovce. The oldest mention of the castle is from 1284, stating that the king gave the Máriassy family the right to build a castle. So far, however, it has been uncertain whether it is Markušovce Castle. This research confirmed that it is likely to be the castle and the start of its construction was at the turn of the 13th and 14th centuries, Švaňa explained.

A collection of fragments of medieval and modern times ceramic pots and tiles or fewer metal finds also comes from the research that has been taking place in Markušovce since mid-May.

According to Rákoš, the most interesting find is a bronze jingle bell and two coins minted in the 15th and 16th centuries. 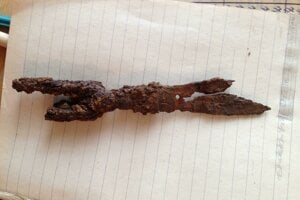 Part of the exhibition?

The research is being carried out as part of the reconstruction of Markušovce Castle and in connection with the intention to build drainage throughout the site. Archaeologists sectioned the castle from east to west with three probes.

According to Rákoš, it is a great advantage to explore the entire area. Several types of research were carried out in 2006 and 2017. The presentation of these findings will be decided later by the preservationists, but it would be appropriate to somehow have these findings included in the reconstruction, opined Rákoš.

The restoration of Markušovce Castle has been taking place for the third year now thanks to the national one project. Unemployed people whose wages are funded by the state are also involved. This year 26 unemployed people are working on the castle reconstruction.