Aluminum parts will comprise 70 percent of their production. 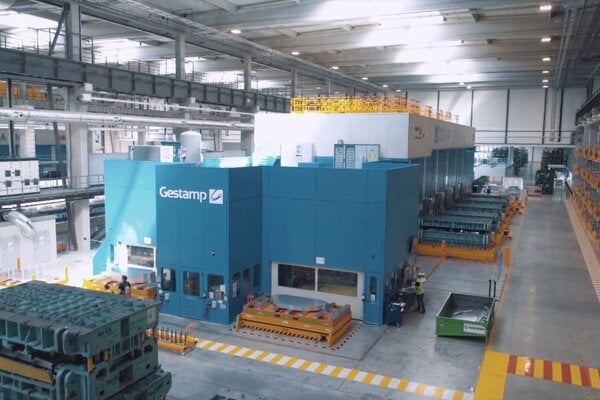 Gestamp, the multinational company specialising in design, development and the manufacture of highly engineered metal components for the automotive industry, ceremonially opened its new plant in Nitra, western Slovakia, on Thursday, June 27. The manufacturing facility is located just next to the plant of the British-Indian carmaker Jaguar Land Rover, which it intends to predominantly serve.

“We always accompany our clients to where they require us, which is exactly what we have done in this case: We moved to Slovakia to proficiently serve Jaguar Land Rover with the highest standards in a plant that intends to be the Slovak press shop of our client,” said Francisco J. Riberas, Gestamp’s executive chairman. 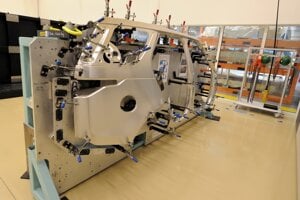 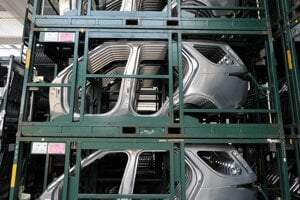 This is the largest Gestamp plant focused on the manufacture of aluminum components. Aluminum parts will comprise 70 percent of its production.

“Gestamp will apply all of its know-how accumulated over the years in technology and materials to reduce the weight of vehicles and increase their safety,” Riberas said. “In this case we will provide aluminum solutions to Jaguar Land Rover, a material in which, alongside steel, Gestamp maintains a frontline position.”

Nowadays any car manufacturer only produces 25 percent of the parts in house. The rest are produced by companies like Gestamp. JLR has fully outsourced the press shop and has given this responsibility to Gestamp, according to Riberas. 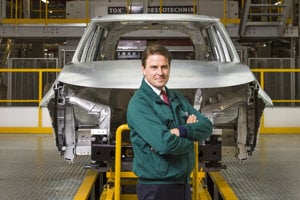 Gestamp invested nearly €130 million in the new facility which employs almost 200 people. The Slovak government supported the investment with a €9 million stimulus. The plant is equipped with two servo press tandem lines.

Gestamp produces components for the Discovery model currently being produced onsite. It will also manufacture parts for the New Defender model, production of which is planned for 2019.

Originally a small Spanish family company, Gestamp now has a presence in 22 countries with 110 manufacturing plants and two under construction, 13 R&D centres and a workforce of more than 43,000 employees worldwide. It already operates one plant in Slovakia, in Veľký Meder in the Dunajská Streda District. It manufactures products through its mechanisms subsidiary Edscha.