Will Bratislava get low-emission zones?

So far, no low-emission zone has been created in Slovakia. 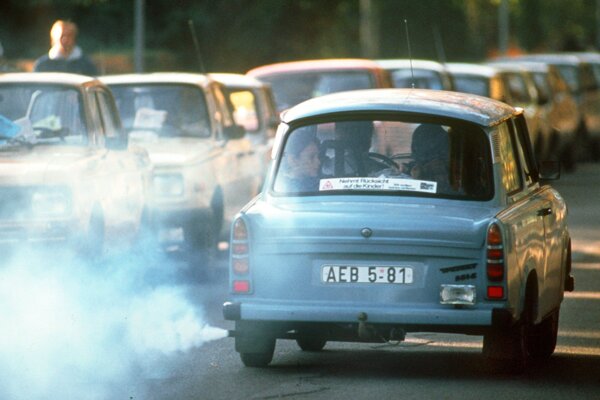 Low-emission zones are to be created in Bratislava as an instrument to reduce air pollution from transport. The individual boroughs, of which Bratislava has 17, will ​determine where exactly these zones will be. Creation of the low-emission zones is part of an addendum to the statute of Bratislava, which city councillors approved on June 27. The initiative for this addendum came from the Old Town (Staré Mesto) borough, the TASR newswire reported.

“It is the high share of car transport, intensive construction activities followed by emissions from industrial activities and local heating plants in particular which contribute to the increased concentrations of pollutants in the air of Bratislava,” the city council writes in the document, adding that the highly concentrated population, institutions, trade, industry and intensive transport are all specific to Bratislava.

Bratislava city council believes that the city needs to introduce measures that contribute to reducing the concentration of pollutants in the air and that improve the environment and public health.

“One of the instruments to support clean urban mobility is the creation of low-emission zones,” indicates the city council, adding that it is within the powers of the self-administrations to launch, determine size and cancel such zones on their territories and regulate the operation of motor vehicles.

Towns and villages in Slovakia have been able to create low-emission zones for about two years under the legislation that enables municipalities to limit driving in selected streets in order to reduce noise and air pollution. However, no Slovak town or village has introduced a low-emission zone so far, based on information from the public broadcaster Slovak Radio.

Žilina was the first town in Slovakia that expressed a desire to remove old motor vehicles from the city but its plan from two years ago failed as it was not able to keep checks on its ban of motor vehicles manufactured before 2000 entering the city.

The current ambition of the Bratislava’s Old Town borough is to look at where traffic might be regulated.

“We would like at least to ponder during this election term [lasting from late 2018 until late 2022] where it would be suitable to create such zones or which streets should be included,” Old Town Mayor Zuzana Aufrichtová told TV Markíza.