CME reportedly wants to sell the broadcaster for more than €300 million.

Czech billionaire Petr Kellner is close to taking control over private broadcaster TV Markíza. The information was brought by the Denník N daily, which referred to five sources from the media environment.

The negotiations are said to be in quite an advanced stage, and the owner may change soon. Kellner’s PPF Group reportedly plans to also buy the Czech private broadcaster TV Nova, the Hlidacipes.org website wrote.

Neither TV Markíza nor PPF wanted to comment on the issue.

What impact would the purchase have?

Kellner is the richest Czech and he is also active in Slovakia.

If he purchased TV Markíza, his influence would increase since he would be able to secure better advertisement conditions for his companies, particularly the O2 telecommunication operator and the loan provider Home Credit Slovakia, Denník N wrote.

The daily points to the potential of misusing the network for Kellner's interests in state business. PPF has an influence in Skytoll, the e-toll system provider. Moreover, Kellner has recently taken control of the Škoda Transportation company, the biggest supplier of trains, trams and other public transport vehicles in Slovakia.

The sale of TV Markíza is currently in the final stage, the market information suggests. This is proven by the fact that PPF has ordered due diligence, i.e. the investigation or exercise of care that a reasonable business or person is expected to take before entering into an agreement or contract with another party, Denník N wrote. 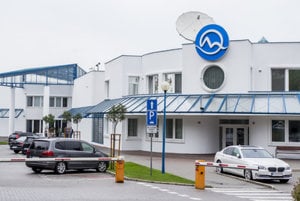 The buyer thus receives more detailed information about the company’s value and its risks. Since some information of this kind is confidential, the seller usually discloses it to serious bidders in the final stage of sale.

CME does not have to leave the market entirely after the purchase. It may still be responsible for the purchase of foreign films since it may obtain them under favourable conditions thanks to its size and allegiance to the WarnerMedia group, Denník N wrote.

Moreover, as a local partner, PPF can help CME with marketing sources from the local market. One of the possibilities is that PPF and CME will create a joint company, Denník N reported.

The agreement over Kellner’s entry to TV Markíza is not final, although many sources consider it a finished business. Moreover, it is not entirely clear whether Kellner is the only serious bidder or there are others.

One of the companies once interested in purchasing all of CME, including TV Markíza, was the Penta financial group.

“We’re not in the game, we’re not having any negotiations, and we’re not interested in purchasing CME’s assets,” Martin Danko of Penta told Denník N.

Neither the group around Czech businessman Daniel Křetínsky, which owns several media in the Czech Republic, is interested in purchasing TV Markíza, as its representatives confirmed to Denník N.