Hooligans had a fight in downtown Bratislava

Police detained 107 people after the July 10 incident on Ventúrska Street. 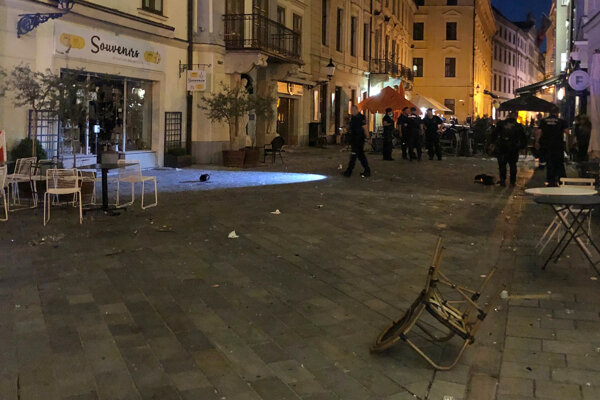 Hooligans were disturbing the peace in downtown Bratislava on the evening of July 10.

A video published by the ironic Facebook site Zomri captures a group of people who started a fight on Ventúrska Street.

"I can currently only confirm a breach of the peace by football fans on Ventúrska Street," Lucia Miháliková, spokesperson of the Bratislava regional police corps headquarters, told the Sme daily on July 10 evening.

Altogether 106 police officers arrived to the place to deal with the rowdies. They detained 107 people, 56 of whom – 41 Poles and 15 Dutchmen – were charged with disorderly conduct. The remaining 51 detained people were Bulgarians, the police informed on Facebook.