Bratislava's Rainbow Pride to demand politics for the people 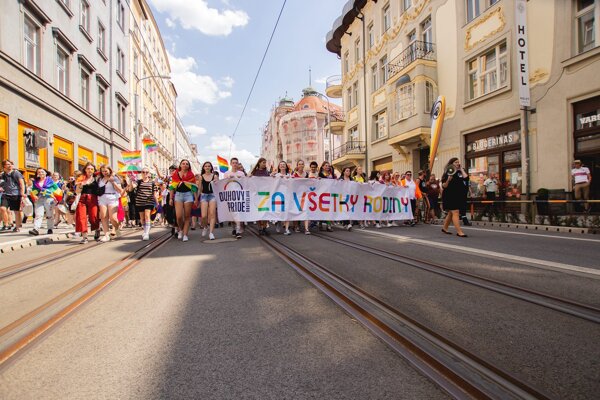 Politicians in Slovakia should bury their ambitions and motivations to abuse the topic of LGBTI rights in their pre-election campaigns and, instead, seek solutions for LGBTI people to improve their lives.

This message sums up the goal of this year's Rainbow Pride, held on July 20 in Bratislava for the ninth time.

The organisers have already published the “Do politics for the people, not for power battles” call with their demands.

The public defender of rights, Mária Patakyová, and Bratislava Mayor Matúš Vallo, have confirmed they will attend the festival.

“She accepted the invitation again since there has been no significant progress made in this issue,” said the ombudswoman's spokesperson Michaela Pavelková, as quoted by the TASR newswire.

President Zuzana Čaputová will not attend the Rainbow Pride, nor the Proud of the Family march, held on the same day in the capital.

Rainbow Pride organisers underline three elections have been held in Slovakia since last year's festival and Parliamentary elections are ahead of Slovaks, but nothing has changed.

“The political representation abuses the topic of LGBTI rights as a tool for political battles and polarisation in society,” Martin Macko, who is one of the organisers, said in the press release.

There is the whole generation of LGBTI people that have been growing up and listening to a political discussion about their private and family lives without them, he added.

Therefore, organisers published the call on politicians with two points: 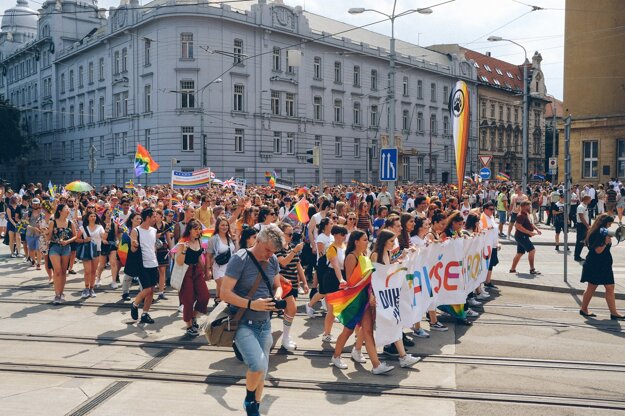 Prior to the festival, a number of events will take place in Bratislava, including discussions, theatre, workshops, film screenings and dance performances.

On July 20, when the festival is held, several bands will perform, including Bad Karma Boy, Funkiez, Modré hory, Chalani z chatrče and others.

President Zuzana Čaputová said she will not go to the Pride march.

“Mrs President respects an effort of all communities and minorities to engage in and talk about their rights in public, and thus use their right of speech,” said Čaputová's spokesperson Martin Strižinec, as quoted by the SITA newswire.

Ombudswoman Mária Patakyová will attend the Rainbow PRIDE for the third time. She will also symbolically hang a rainbow flag outside her office.

“Today, there is no room for the question of if but rather how we will seek legal solutions, which will ensure a decent life for same-sex couples,” Patakyová said in a Facebook video.

She underlined that the Constitution guarantees freedom and equality when it comes to decency and rights for all people. She also mentioned the international standard guaranteeing the right to privacy and family life, which indeed covers respect for homosexuals and Slovaks should respect it, legally and as humans.

Bratislava Mayor will address the crowd

In addition, Bratislava Mayor Matúš Vallo will come to Rainbow Pride and make a speech on the spot, too.

“I feel the need to stand up for those who may feel understandably threatened in our society,” he said, emphasising a rising number of verbal and non-verbal attacks against minorities, as quoted by TASR.

Rainbow Pride takes place at 15:00 on Hviezdoslavovo Square. The Proud of the Family march starts at 14:30 on Rudnayovo Square by St Martin Cathedral.

The Alliance for Family, which organises the march, pledged on Facebook they will not protest against people attending the Rainbow Pride.