Two Slovak craftsmen joined forces to create a product with a unique design. 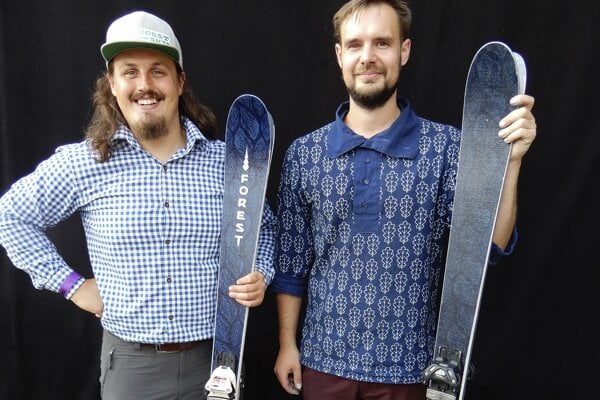 By joining handmade wooden skis and traditional Slovak blueprint fabric which is created by hand-printing with indigo dye, a new unique Slovak product has been created – the blueprint ski. A pair of craft masters Viktor Devečka and Matej Rabada, who are behind the project said, they had to experiment when creating it.

They met each other at the event for young designers called Pecha Kucha in Nitra.

“Viktor came to me, saying that it should be possible to use the blueprint fabric for skis,” said blueprint printer Rabada, as quoted by the TASR newswire. “So we got into this.”

The biggest challenge when creating the blueprint skis was to find a way to apply the cloth correctly to the construction of the skis, Devečka said.

“I wanted to have an original cloth integrated into a ski,” he said, as quoted by TASR. “We succeeded. We chose linen as it has the technical characteristics suitable for us.”

Then they started experimenting with the thickness of the fabric they used, which pattern was best and various shades of blue dye.

“We produced seven pairs of prototypes, from which we created two model lines. The model lines have two different designs,” said Devečka, as quoted by TASR, adding that it will be possible to order them this season.

Rabada said that nature was always the inspiration for the blueprint fabric patterns and that’s why the patterns on the skis are natural. “The only difference is the stylization, it is adjusted to current trends and design,” he said, as quoted by TASR. 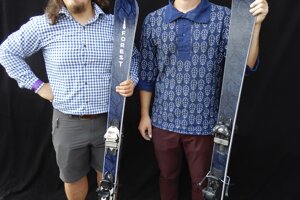 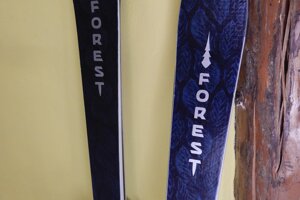 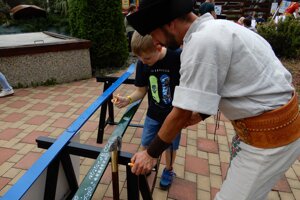