Slovak’s dream orchard drawing volunteers from across the world 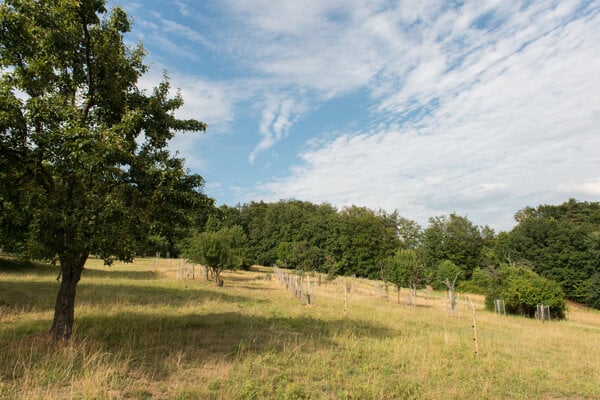 Lucie Meisner’s chance meeting with a man on a train from Bratislava to Zlín in the Czech Republic had left her sleepless. The man had told the community activist about his orchard in Moravia and the thought of having her own orchard kept her awake at night.

But it was not the idea of having just any orchard that kept her up into the small hours. 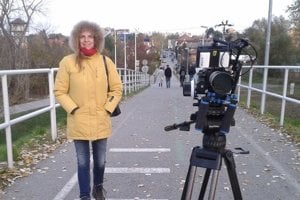 Related articleWhat are the top 10 places in the Bratislava Region? Read more

Meisner did not want an orchard packed with trees, one on top of another and with their branches fastened to wires and covered with nets to keep birds off, geared solely towards producing as much fruit as possible.

She dreamt of having an orchard with space between the trees, where fruit could ripen gradually and where people could come to spend time and relax.

She and her partner, Braňo Uherek, last year made that dream a reality. They bought unused land next to their farmhouse in the settlement of U Harušťákov in the White Carpathians on the border of Slovakia and the Moravia region of the Czech Republic and created the Sad u Harušťákov orchard. 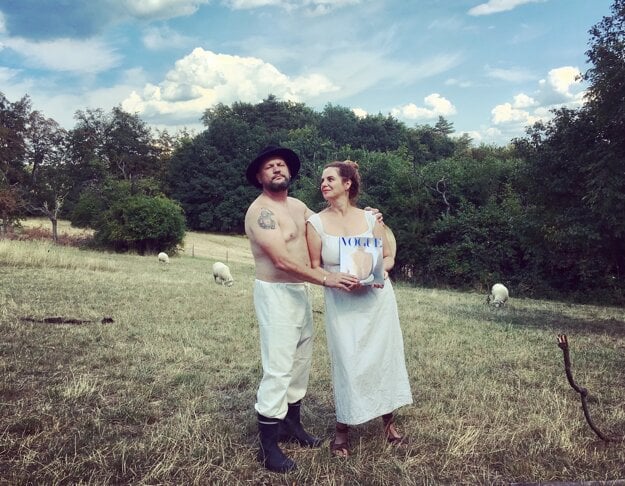 Now, less than a year after the first trees were planted, the orchard is drawing volunteers from all over the world to work, learn about tree-planting and get inspiration for similar projects.

Not just about fruit

Meisner’s plans for the orchard were always as much about having a space to relax as growing fruit.

“Our idea was that the orchard would be pastures with fruit trees and that there would be enough space around the trees so that we could have a picnic and enjoy the beautiful view of the Považský Inovec hill,” Meisner, a co-founder of the civic association Joy’n’work which organises volunteer projects focused mainly on the environment and permaculture, tells The Slovak Spectator. 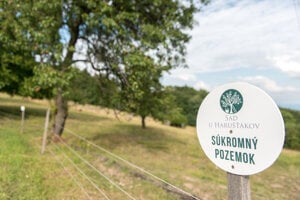 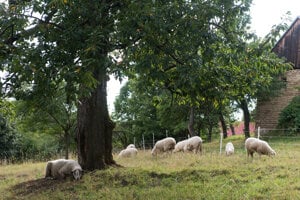 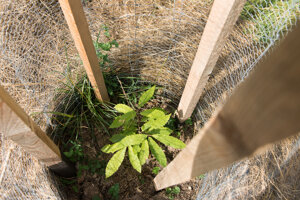 The Sad u Harušťákov orchard (13 photos)

The orchard was planned so that individual trees would bear fruit at different times to ensure there was enough time for them to pick the whole crop and that fruit would be available all year round. 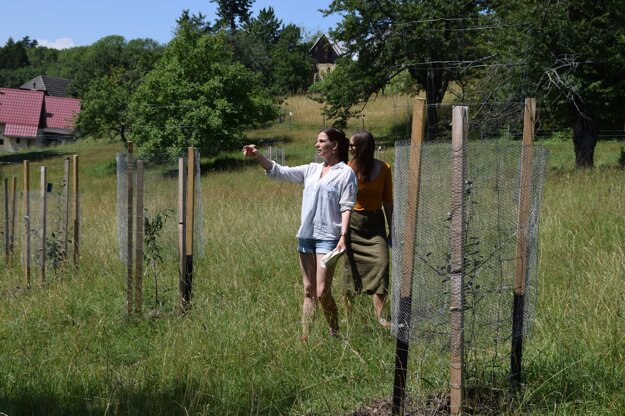 “Well stored winter apples will last until May or June and the first summer apples are ready in July,” says Meisner.

Bruno Jakubec, an expert in research and the conservation of old and regional varieties of fruit trees, with whom Meisner and Uherek have already cooperated on previous Joy’n’work projects, helped the couple select tree varieties as well as design the one-hectare orchard.

The orchard is home to various apple, plum and pear trees as well as less well-known varieties such as the medlar tree, which produces a tart fruit, and the bollwiller pear which is a hybrid between pear and whitebeam. The orchard also has sweet chestnuts – whose fruits are used in some places, such as Tuscany, to make flour – and service trees (sorbus domestica) which are typical of the local region and whose fruits are often used for producing spirits.

The pastures are kept in check by sheep and a very friendly ram called Filip.

“Our sheep have been working hard since last year grazing and keeping the grass low and fertilising the orchard,” says Meisner. 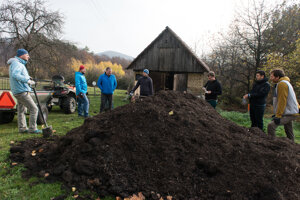 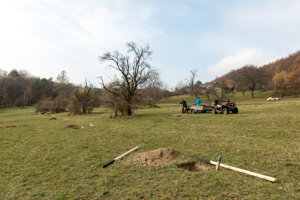 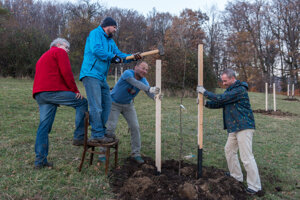 Planting workshop at the Sad u Harušťákov orchard (23 photos)

The grazing also helps maintain the natural habitat for the local fauna and Meisner says she has already spotted at least one rare species of local butterfly in the orchard.

A place of learning