The police found a Slovak hiding in Central America

Slovak identified as Oliver B. changed his identity and fled to avoid detention. 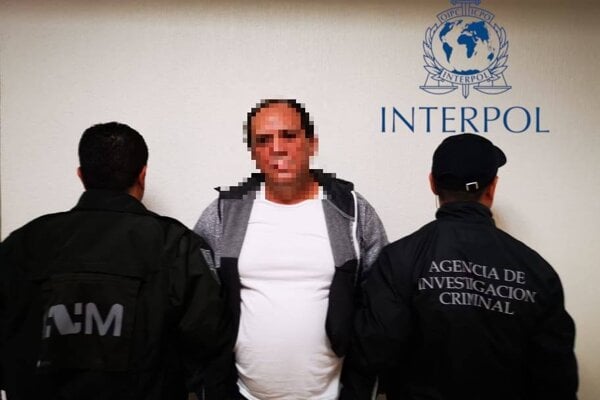 The accused Oliver B, 55, is found and arrested by Interpol in Mexico. (Source: Police of the Slovak Republic (Facebook))
Font size:A-|A+

The Slovak police and Interpol found a Slovak who pretended to be dead in Mexico after nine years of searching. They discovered him in Mexico.

In 2010, when a charge was brought against a 55-year-old man identified as Oliver B. due to fraud, he decided to change his name to Oliver Ramon G. and flee, the police wrote on Facebook.

When a district court issued an arrest warrant in 2013, Oliver Ramon G. was already hiding in Belize. As soon as he learned about the arrest warrant, he allegedly asked for a death certificate.

After the court declared him dead, the police ended their search.

However, the Mexican branch of Interpol has recently revealed that Oliver Ramon G. actually moved illegally to Mexico. There, he changed his name to David Cruz Manzanero.