There are more shacks than six years ago, and 6 percent of citizens live without access to standard drinking water, the new Atlas of Roma Communities shows. 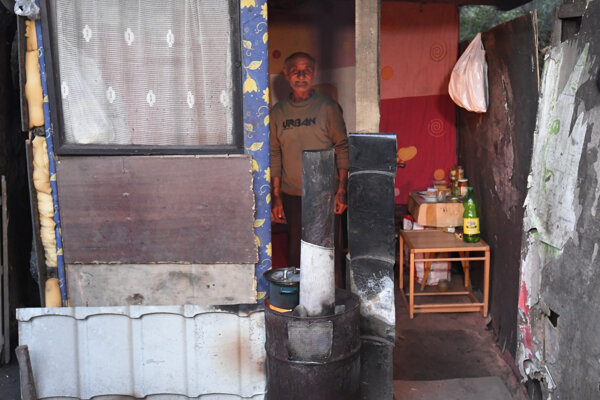 The number of Roma in Slovakia grows slower than in the past, which experts believe is a good sign about improving living standards of the Roma community in Slovakia. Still, tens of thousands of Slovakia’s citizens live in conditions that do not match the civilisational standards of the majority.

About 7,300 people saw themselves as belonging to the Roma community between 2013 and 2019, compared to 8,300 in 2004-2013, based on the data from the latest edition of the Atlas of Roma Communities. The third edition of the atlas contains data about the concentration of citizens of Roma ethnicity in Slovakia, and basic information about the quality of their lives.

Abel Ravasz, Government Proxy for the Roma Communities, considers the decline in the number of Roma people a positive trend.

“The worse the conditions a family lives in, the more children they have,” Ravasz explained why this is positive. “The fact that there are less children is telling me that the living standard is increasing,” the TASR newswire quoted him as saying.

The number of children is only one of the factors that influence the standard of living.

“The standard of living in settlements is directly dependant on employment and labour market conditions,” Tomáš Hrustič from the Institute of Ethnology and Social Anthropology of the Slovak Academy of Sciences told The Slovak Spectator. From this point of view, the living conditions of Roma definitely increased because more of them are working now than five years ago.