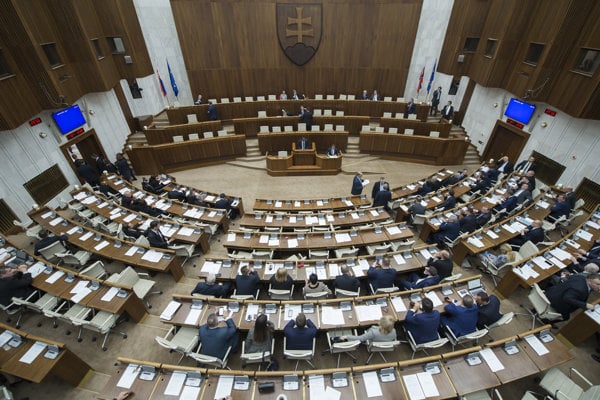 President Zuzana Čaputová now has a full slate of candidates to choose the judges for the vacant seats at the Constitutional Court from.

In a public vote, the parliament ended the long series of votes and elected the four missing candidates on September 25. The names that were added to the list that now features 18 candidates for the nine vacant positions are Ladislav Duditš, Libor Duľa, Peter Melicher and Peter Straka.

The ruling coalition has agreed to vote for these candidates in advance.

President Zuzana Čaputová said that she would only appoint the missing judges when the parliament provides two candidates for each empty seat, as required by the Constitution. Following the vote, her spokesperson Martin Strižinec told the TASR newswire that she will appoint the new judges as soon as possible after her return from New York, where she attended the UN General Assembly.