Where does Bratislava’s waste end up? 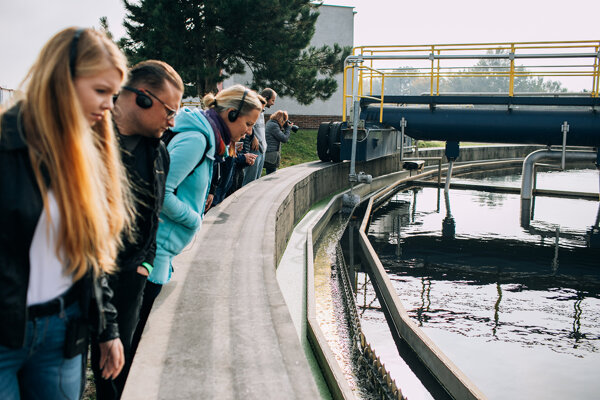 Where the life of a product ends once it’s used and discarded, its life as waste begins.

“People feel that there is no need to worry about waste; the main thing is that it has disappeared from their waste container,” said Petra Csefalvayová from the non-profit and non-governmental Institute of Circular Economics (INCIEN). “The problem is that it’s not disappearing anywhere, there are no places that are ‘away’, only specific places where our waste ends up.” 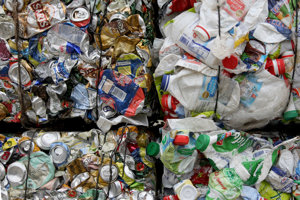 Related articleSlovakia belongs to the smallest municipal waste producers, but it fails in recycling Read more

Slovakia generates more than 2 million tons of municipal waste every year. In Bratislava alone, it was more than 215,732 tonnes in 2018. More than half of Bratislava’s waste, 53 percent, went to the local incinerator, 13 percent ended up in landfills and the rest went to recycling. From this, 16 percent has already been recycled and another 18 percent awaits further processing since waste is not recycled immediately but stored for a certain period, according to INCIEN.

The waste from Bratislava is landfilled during the outage of the incinerator. Also waste generated by street cleaning and maintenance ends up in surrounding landfills as the companies commissioned to do this take the waste to facilities with which they have signed contracts, said Ivana Maleš of INCIEN.

INCIEN, in cooperation with the non-profit and non-governmental organisation Punkt and other partners, organised the sixth edition of the WhatCity? conference between October 18 and 19 in Bratislava. It was subtitled City Without Waste and dedicated to the circular economy aimed at eliminating waste and the continual use of resources. Part of the programme were excursions for the general public around places where Bratislava’s waste ends up. One route led to the waste incineration plant or the collection yard in Vlčie Hrdlo and the other to a sewage treatment plant and the Ekocharita textile collection centre.

It smells bad at the waste water treatment plant

“Waste water is not classic waste, but has special status,” explained Pavel Levársky, director of the waste water treatment plant in Petržalka. This plant cleans sewage and waste water from households, restaurants, shops, local business and other facilities located on the right Danube bank of Bratislava, i.e. Petržalka, Rusovce, Jarovce and some border villages in Austria.

Every second, 360 litres of waste water flows into the facility with capacity of 270,000 equivalent inhabitants. This means that it can treat waste water equalling waste water produced by 270,000 people. 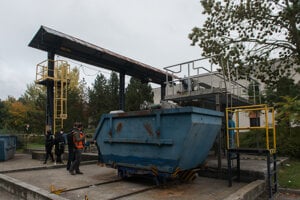 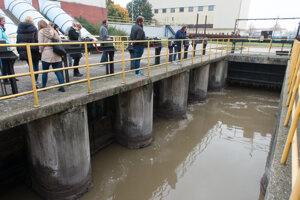 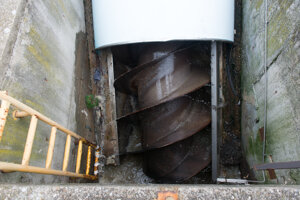 The cleaning itself consists of two basic phases: mechanical and biological cleaning. During the first phase, mechanical parts such as pieces of concrete, planks as well as sanitary napkins are removed from the water by rakes and settling tanks.