But many people still yield to myths about the communist regime and nostalgia. 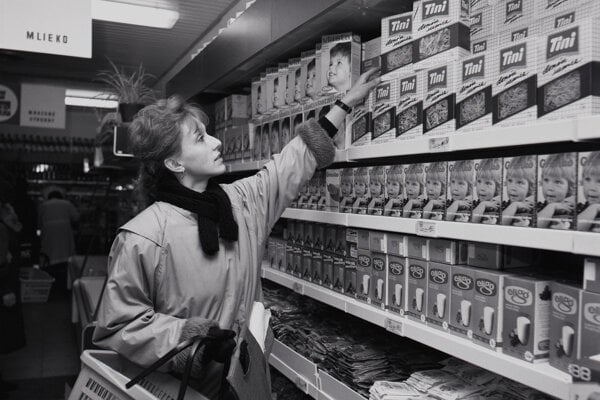 The range of products at shops during the previous regime was significantly smaller than it is today. (Source: TASR archive)
Font size:A-|A+32

Do we live better than before 1989? As Slovaks mark the 30th anniversary of the fall of the communist regime, this is a frequently asked question these days. Statistical data shows that the living standard of Slovaks has significantly improved, not to mention freedom, which is an unmeasurable asset. Yet some do not feel these statistics are a true reflection of the times and feel nostalgia for the previous regime. 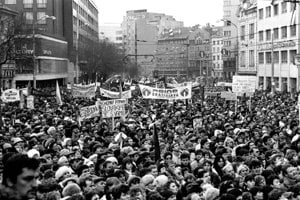 “Freedom is the main asset when comparing life today and before 1989; we lived in the imaginary cage of a labour camp with certainties during the previous regime,” Peter Gonda, the director of the M. R. Štefánik Conservative Institute non-governmental think tank, told The Slovak Spectator. “Today, we have a higher standard of living and many more opportunities to fulfil our potential.”

Although people need to work less to buy, for example, a car or a TV, freedom cannot be measured.

“Freedom is something people perceive as a matter of course, but it was not so 30 years ago,” said Grigorij Mesežnikov, president of the non-governmental Institute for Public Affairs. Contrary to the previous regime, Slovaks can freely travel abroad, either for work or holiday, significantly improving their lives, he added.

Member of the richest countries club 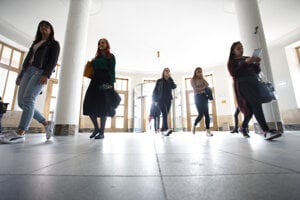 “Emotions and nostalgia aside, statistical data referring to the gross domestic product or incomes show that the living standard of Slovaks is, in general, significantly higher than 30 years ago,” said Vladimír Masár, who held senior governmental positions when the federation was splitting into the new Slovak and Czech Republics, and who witnessed the birth of the National Bank of Slovakia.

Economists and other experts point out that Slovakia has been a club member of the the richest countries ever since it entered the Organisation for Economic Cooperation and Development (OECD) in December 2000.

“Compared with many other eastern European countries, especially states of the former Soviet Union and the Balkans, our headway is apparent,” Martin Vlachynský, an analyst of the Institute of Economic and Social Studies (INESS), told The Slovak Spectator. “But we could only catch up to or outpace Germany or Sweden if these countries slow down significantly and we do not. This has not happened yet. Even East Germany has not reached West Germany yet.”

The economic level of former Czechoslovakia, measured by GDP per capita, was comparable with that in Germany, Austria and Finland at the time when the Communist Party took power here in the late 1940s, Gonda noted. But after its collapse in 1989, it was only half that of Germany and moderately above 50 percent compared to Austria and Finland.