The deceased have been selling land in the east of Slovakia including to a racketeer. 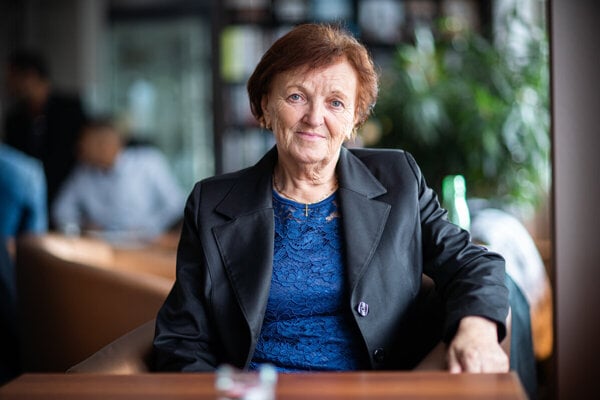 Mária Sisáková may be, at the age of 72, the oldest Slovak who has managed to crush an organised group of land registry fraudsters.

There are, in fact, only three things that she needed in her ongoing fight: a computer, internet access and experience with Slovakia’s cadastral portal.

Despite the constant pressure to stop her investigations into land ownership, she has continued to help people who have lost their land. She received the White Crow award for this work on November 17.

Where did you work before you retired?

I originally worked as a payroll accountant and after the Velvet Revolution, I did double-entry bookkeeping for Slovakia’s public health insurance company, Všeobecná zdravotná poisťovňa. As a pensioner, I then took an opportunity to make some extra money as a carer in Austria for five years.

You received the White Crow symbolically on November 17, which is the day when freedom replaced communism.

How did you feel about the Velvet Revolution in November 1989?