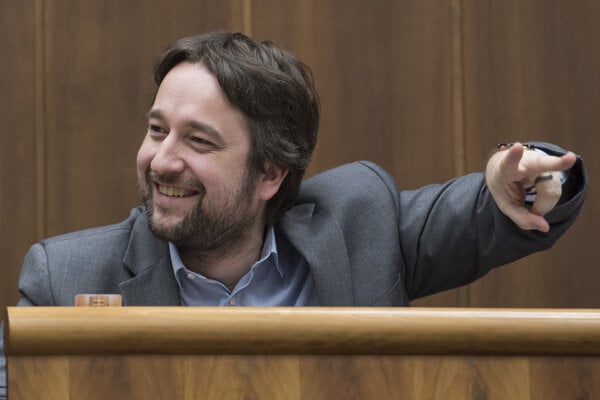 “When will you publish a filthy video from your bedroom, Monča?” Blaha attacked Denník N daily reporter Monika Tódová online on November 30.

Tódová recently posted a video in which Smer’s ex-finance minister Ján Počiatek discusses corruption schemes with former general prosecutor Dobroslav Trnka. In response to the video, Blaha attacked the reporter, who has also covered the investigation into the murder of journalist Ján Kuciak and his fiancée, Martina Kušnírová, and links between Marian Kočner, the alleged mastermind behind the murder, and Smer officials.

“Such attacks and abuse are unacceptable for a lawmaker in a democratic country and endanger the safety of the targets,” said IPI Executive Director Barbara Trionfi in the statement.

Blaha, who chairs the parliamentary European affairs committee, also works as an employee of the SAV’s Institute of Political Sciences. The SAV Board has distanced itself from the MP’s “unacceptable and dishonouring statements” as well.

More intense attacks ahead of elections