Mastering English is not necessary to enjoy English-language comedy 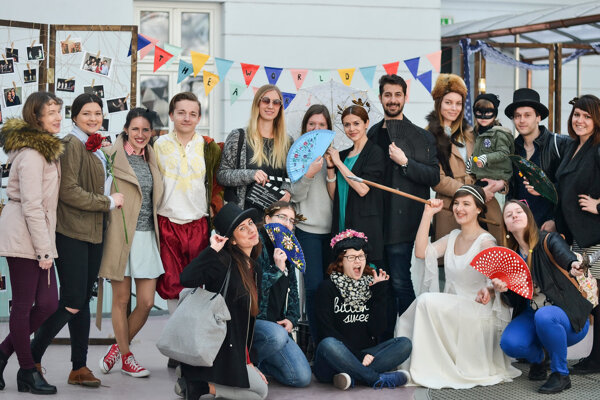 The story of the student theatre ActofKAA began eight years ago when a group of students at Comenius University (UK) in Bratislava gave their first public performance in December 2011. Its success encouraged them to continue performing.

“At that time Bratislava lacked cultural events for English-speaking audience,” said Tomáš Eštok, 21, head of the group and simultaneously actor of the student theatre at the Department of British and American Studies at the UK’s Faculty of Arts. “Even though it was firstly meant as a free-time activity of students, the group has grown into a full-fledged theatre troupe.”

The troupe named ActofKAA, standing for “Act of Katedra Anglistiky a Amerikanistiky”, takes care of the whole production - from selection of the play, via direction, preparation of the stage, costumes and so on.

Bernard is a charming man who wishes to spend a nice weekend with his mistress in his bed and a cook in the kitchen, while his wife Jacqueline is away at her mother’s. His original plans start changing upon the arrival of his childhood friend Robert as Jacqueline suddenly cancels her trip and is hell-bent on staying at home. This starts the ball rolling as the guys need to come up with a new plan for the weekend’s arrangements, with a wife, a cook, and a mistress all in the same picture.

The group prepares two theatre productions per year – one in December and the second in May. After Perfect Strangers performed on May 10, they will perform Don’t Dress for Dinner, an adaptation of a two-act play titled Pyjama Pour Six by famous French playwright Marc Camoletti, on Thursday, December 19 in the Majestic Music Club on Karpatská Street.

“I choose this play as French humour is very pleasant; Slovaks know French cinematography and like it,” said Roman Stroka, 23, the third theatre director at ActofKAA.

The play will be preceded by a sketch God by Woody Allen.

“As we have just taken on a significant number of new members, we wanted give them a chance to perform as well,” said Eštok. 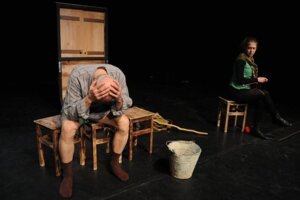 The troupe does not write its plays but picks award-winning plays with sophisticated humour for their performances. In the past they played The Importance of Being Earnest by Oscar Wilde or The Merry Wives of Windsor by William Shakespeare, but also the Hollow by crime writer Agatha Christie.

“Sometimes we feel like trend setters,” laughed actor Alžbeta Krajčovičová. “For example, two years ago, we played Show Must Go Wrong and now the professional theatre in Prešov has it on its programme.”