Take a look at what Slovakia has been through in the past 12 months. 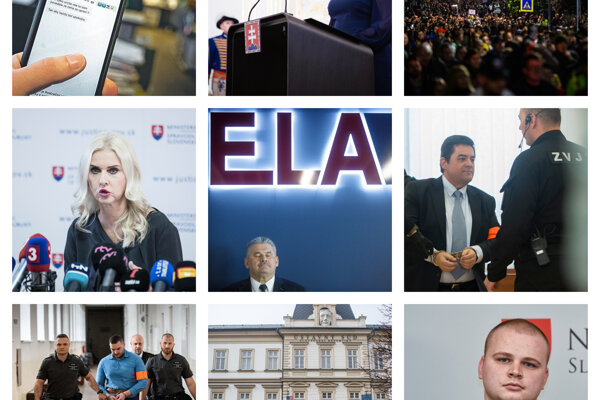 A new president, the end of the Constitutional Court saga, several court trials and revelations about the judiciary. While 2018 took place in the squares of Slovak towns, 2019 unfolded in courtrooms and polling booths.

In the presidential election in March 2019, Slovaks elected their new head of state –the first female president Zuzana Čaputová. She has been characterised as pro-western, pro-European, liberal, environmental activist and attorney.

Čaputová was recognised internationally, when she won the Goldman Environmental Prize in April 2016. This is the world’s biggest award for grassroots environmental activists leading a public campaign to prevent the authorisation of a waste dump that would have polluted the soil, air and water in the town and its surroundings.

Anne Applebaum, a columnist for the Washington Post, compared the USA and Slovakia in her commentary, praising Slovakia’s president. "Čaputová’s success offers hope that even when politics seem to be at their darkest and most dangerous, a new political project, one that no one imagined before, can still capture the public imagination," Applebaum wrote.