The most wanted Slovak woman found in the USA

Renáta Lorinc was transported to Slovakia on December 30, 2019. 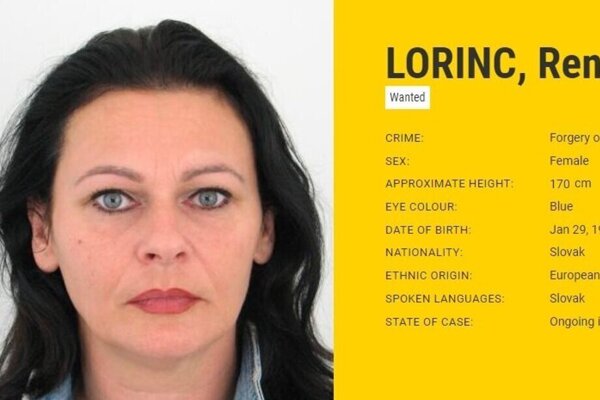 Renáta Lorinc has been the most wanted Slovak woman in Europe until recently (Source: Europol)
Font size:A-|A+38

Renáta Lorinc, a 46-year-old Slovak female, had been until recently the most wanted Slovak woman, appearing on Europol’s list of most wanted fugitives.

She had been sentenced to three years in prison for forging means of payment and swindling in Slovakia before she disappeared. The police informed on Facebook that the woman was discovered in the USA in the second half of last year.

Lorinc was detained in October 2019 by the US police and transported back to Slovakia on December 30.

Róbert Okoličány is now the only Slovak on Europol’s list of most wanted fugitives, who was convicted to life imprisonment by the Specialised Criminal Court in May 2018.