Part of it was pulled down after WWII and other buildings made space for elevated crossings in the late 1970s. 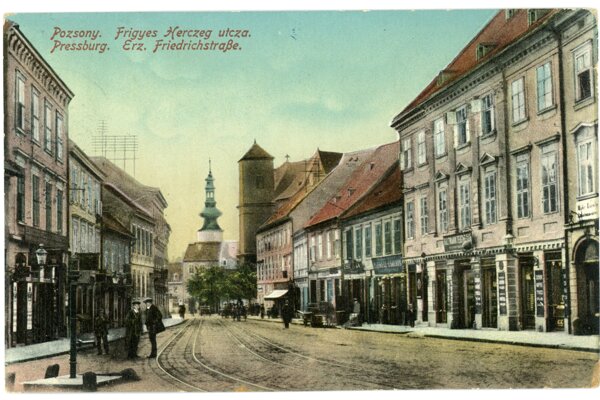 Today, Suché Mýto Street is a short, wide four-line road leading from the very centre of Bratislava to the north with only few reasons for passersby to stop on. Contrary to this, in the past this was a lively place full of various shops and small workshops. Part of it fell victim to bombing during WWII. Then remaining buildings that used to flank it were razed to make space for an elevated crossing in the late 1970s.

“Suché Mýto does not resemble what it used to be at all,” said Ján Vyhnánek from the civic association Bratislavské Rožky, at the beginning of a lecture on this part of Bratislava in mid December. “About 40-50 years ago, the place brimmed with life.” 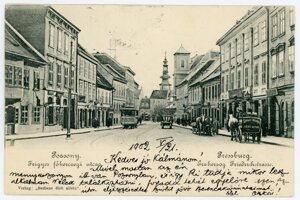 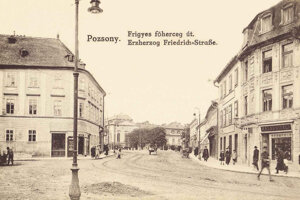 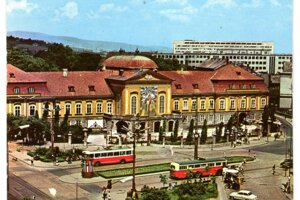 The street of Suché Mýto used to lead from Michalská Brána, one of the gates of the inner fortification of former Pressburg, today Bratislava, to the outer fortification with a gate where the toll for goods transported via trade routes to the city was collected. It was probably the oldest dry toll-house in the city. It got the name Suché, Dry in English, because at other toll-houses the toll was collected for goods transported via the Danube River or a ford, and thus these were ‘wet’ toll-houses. The Suché Mýto gate was razed in 1804.