Environment minister resigns after a fight 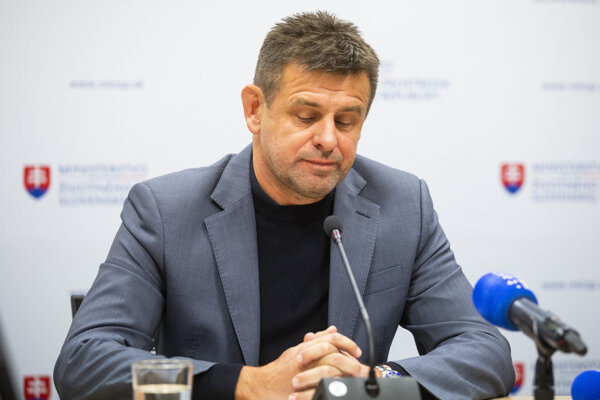 Environment Minister László Sólymos (Most-Híd), who is running from the third place of the Most-Hid slate, has resigned from his post following a January 22 incident in an Asian restaurant in downtown Bratislava. After getting drunk and attacking its staff, he and his brother were detained by the police, the Sme daily reported.

“I’m only a person and I failed,” Sólymos told the January 23 press conference. As he explained, he has some personal problems, and his behaviour was not proper.

He apologised to the restaurant’s owners and everybody affected by his behaviour as well as his family, colleagues and the public. He is ready to pay for the damages and bear the consequences.

The police arrived at Laurinská Street in Bratislava in the evening hours, after receiving information about some disturbances in the Asian restaurant. Two men, later identified by the media as Sólymos and his brother, verbally and physically attacked the staff, and one of them later broke the glass to the entrance door, the police informed on Facebook.

The police detained the two men after arriving and took them to the respective police station, but they were both released later.

At the same time, the police launched a criminal proceeding for disorderly conduct and property damage.