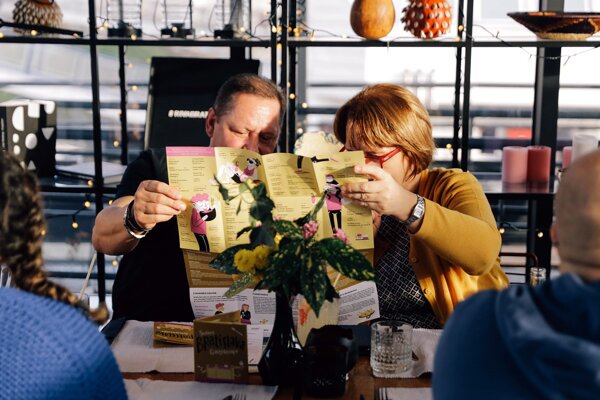 From the ceremonial launch of the map. (Source: Courtesy of Mareena)
Font size:A-|A+36

When Slovaks are asked what element foreigners have brought to Bratislava, very often the answer is food. This has inspired the Mareena civic association, focused on the integration of migrants and refugees in Slovakia, to prepare a gastronomic map of Bratislava on foreign cuisine. It not only shows where people can eat foreign meals but also gain some insight on foreigners in Bratislava.

“Food is a topic of no conflict able to bring people together,” said Andrea Kutlíková of Mareena. “Also, when sitting at the same table and eating, people can get to know each other better. So it seemed to us a good idea to prepare a gastronomic map showing places where people can eat foreign dishes.” 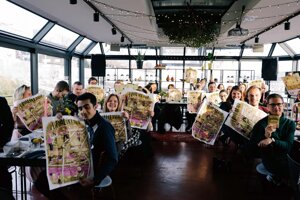 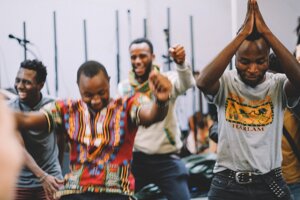 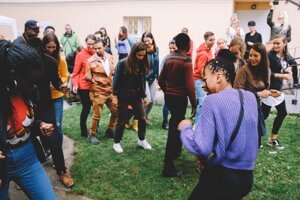 The Mareena civic association focuses on the integration of migrants and refugees in Slovakia through the activities of community centres in three cities - Bratislava, Nitra and Košice. Its community activities focus on assistance in the integration process, through a volunteering programme; diverse courses and counselling activities, as well as providing space for locals and foreigners to meet and get to know each other via community activities. Its name is a play on words. When pronounced in English, it refers to a famous love poem Marína by the Slovak Andrej Sládkovič, while the same word is used for harbour.

The map itself is part of a long-term campaign focusing on the integration of foreigners into society, which Mareena a little provokingly named #plnezuby. It refers to the Slovak expression ‘mať niekoho plné zuby’, to be fed up with somebody in English. This phrase in Slovak literally means ‘to have one’s teeth full of somebody’, while Mareena, in the figurative sense, extends it to ‘to having teeth full of foreign food’.

Mareena contacted foodbloger Daniel Feranec aka Čoje, who blogs about food especially in Bratislava. With him, as well as the help of the general public, they selected 60 places for the map, illustrated by prominent young illustrator Adela Režná.