The banality of evil

As I followed the murder trial in person, I started wondering if and when Slovak society would sincerely begin to look into the mirror. 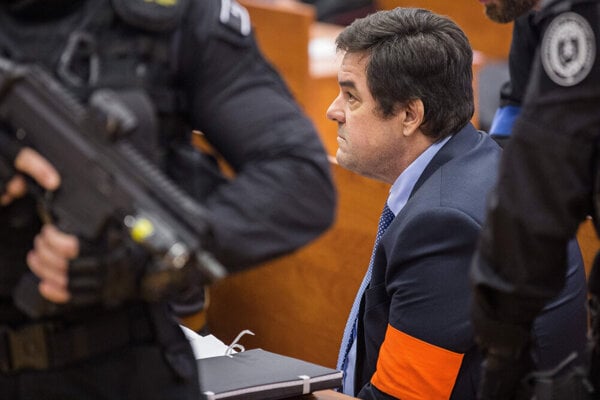 As I followed the murder trial of journalist Ján Kuciak and his fiancée Martina Kušnírová live in person in court over the last two weeks, I started wondering if and when Slovak society would sincerely begin look at itself in the mirror.

According to the indictment, crooked real estate entrepreneur (Mgr.) Marian Kočner ordered Kuciak’s murder, annoyed by his articles on his shady business deals. Kočner’s personal friend Alena Zsuzsová commissioned the murder crew made up of cousins Ing. Tomáš Szabó and Miroslav Marček, a former policeman and professional soldier respectively. She did so through Zoltán Andruskó, who confessed and got a plea bargain with a 15-year prison sentence.

On the opening day of the trial, Marček testified in court that he shot the couple, and described how he did it in an emotionless monotonous voice as if he was talking about assembling furniture. Both Zsuzsová and (Mgr.) Kočner pleaded not guilty. All four of the accused face 25 years to life in prison if found guilty. Marček and Ing. Szabó are also accused of killing businessman Peter Molnár in 2016.

The opening session had a “very Slovak” moment when the main judge in the panel spent a few minutes on deciding whether to use the title Mgr. when addressing Kočner, who is a graduate of the Comenius University school of journalism.