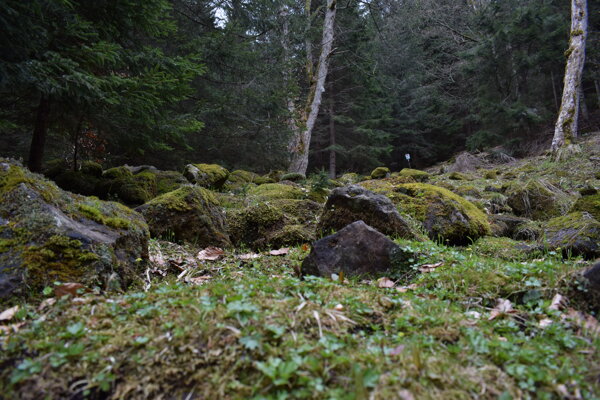 Steve Jobs, wearing his iconic black turtleneck sweater, is walking barefoot. Beside him, John Scully, a director of PepsiCola, later one of seven Apple CEOs, is following in his footsteps. Steve Jobs held as true that a walking meeting is more creative and inspiring.

Albert Einstein discovered the relativity theory while bicycling, Ludwig van Beethoven composed his greatest symphonies after walking, and Charles Darwin had his "thinking road“ near his house.

On this morning, the hunter Flochbardt, a friend of German settlers who established the rich mining towns of Central Slovakia, decided to take a walk in the forest. He did not come up with any invention. But he gave his name to the mountains. The highest mountain of Kremnické vrchy mountains is Flochová.

Let´s plunge through a dense mixed forest, more silent than medieval mining towns after the evening bell has rung and deeper than the Mariana Trench.

And with each single footstep, the forest becomes more and more dark. We will strain our eyes to catch the hunter Flochbardt hiding behind a tree, or perhaps it´s a bear.

The longest railway tunnel in Slovakia

Or we will laugh with the forest nymph Bartoška and the elf Bartoška, dancing and lifelong sparring partners for whom Flochová mountain transformed into a dance floor.

Or we will find ourselves on the red marked trail of SNP heroes to the Svrčinník mountain, the second highest mountain of the Kremnické vrchy mountains, or on the road to the Čremošniansky tunnel, the longest railway tunnel in Slovakia, or in front of the white Harmanecká jaskyňa cave. 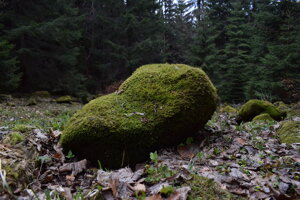 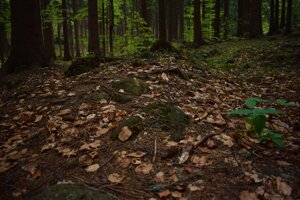 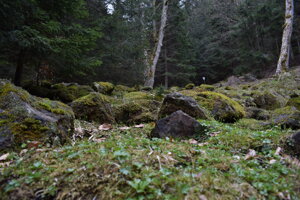 A man looks upon Mount Fuji. He is wearing running shoes. He runs 10 km daily before writing. His name, Haruki Murakami.

He could have a very good run under Flochová mountain. But then his book Norwegian wood would get another name.