A new, 36-metre high tower will look out over Levoča

Construction will begin in spring. 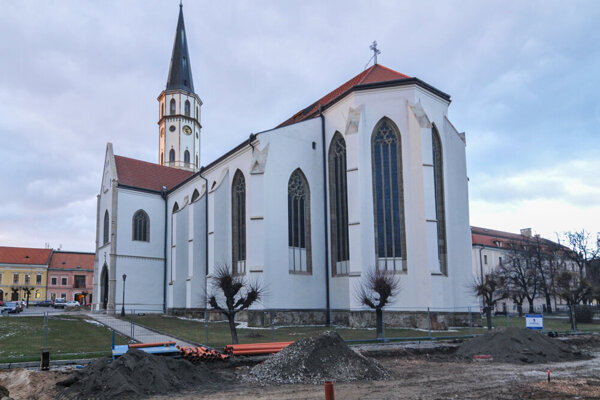 The construction of a new 35.73 metre lookout tower with seven floors will start above Levoča in the spring. The project, commissioned by the Association of Tourism, will cost €165,000.

It will rise at an altitude of 1,250 metres on the southern peak of Javorina, known among the locals as Marčulina.

“This tower will be among the top 10 lookout towers in Slovakia,” said Ernest Rusnák of the association, as quoted by the SITA newswire. He came up with the idea for the construction. 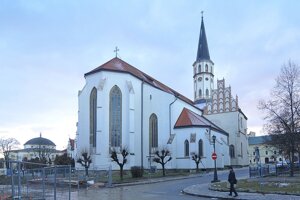 He noted that by the end of this year, they would like to have completed the first two phases, which would result in a tower of 18 metres. They aim for it to be finished by 2022.

The ground floor will be made from ferro-concrete and the remaining parts out of metal and wood. The last of the seven floors will be at a height of 27.78 metres. The terrain is, however, extreme, according to Rusnák.

“Access is very bad, so maybe the concrete will have to be delivered by helicopter,” he said, as quoted by SITA.

Higher than the trees

Even without a tower, Marčulina offers appealing views over Levoča, Hornádska kotlina, the High and Low Tatras, the Volovské Mountains, Branisko, Bachureň and Spišská Magura but they will probably disappear soon.

“There are young trees there and they are growing, but the tower will offer views even after the trees reach their maximum height,” Rusnák said, as quoted by SITA, adding that he was inspired by other lookout towers in Europe.

Thank you for singing up. Shortly an email will be sent to the address you provided to verify your e-mail.
Error! Please try to register again later, your e-mail was not registered.
Your email is not in a correct format.
Please confirm you are not a robot.
Share on Facebook (90)Comments disabled