Meteorologists have issued warnings for the upcoming days. 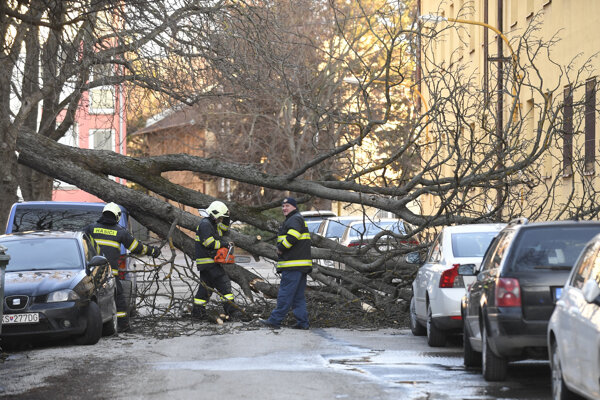 The inhabitants of several districts in western Slovakia should prepare for extremely windy days.

The Slovak Hydrometeorological Institute (SHMÚ) has issued a red, third-level warning against wind for the entire Bratislava Region, and for the districts of Dunajská Streda (Trnava Region) and Nitra (Nitra Region) for February 10. The wind may be as strong as 105-115 km/h. The warning is in place from 12:00 to 18:00.

“This speed represents a high risk for human activities,” SHMÚ reported, as quoted by the TASR newswire. “The probability of outstanding damages and the threat to human lives is very high.” 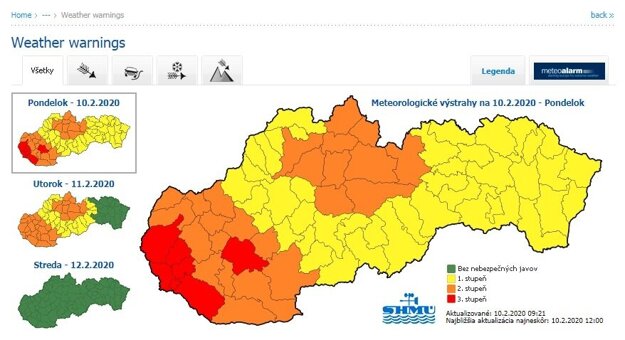 Strong wind will affect most of Slovakia on February 11 as well. 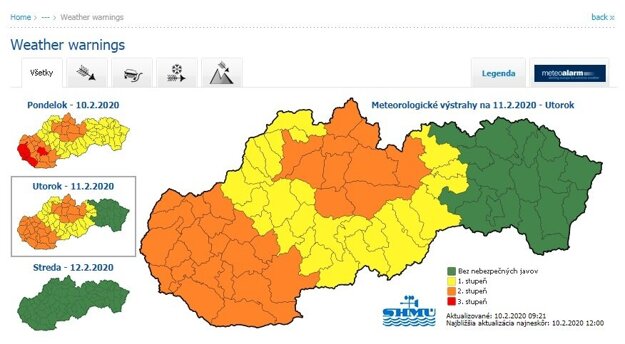 SHMÚ has issued a second-level warning for the entire Bratislava Region, Trnava Region, and two districts of the Trenčín Region (Myjava and Nové Mesto nad Váhom), and the mountainous areas in Žilina Region, Banská Bystrica Region and Prešov Region, which will be in place between 9:00 and 16:00.

The first-level warning has been issued for the remaining districts in Trenčín Region, Žilina Region and Banská Bystrica Region, as well as some districts in Prešov Region. It will be in place between 8:00 and 16:00.