The writer and translator died in Bratislava on Monday. 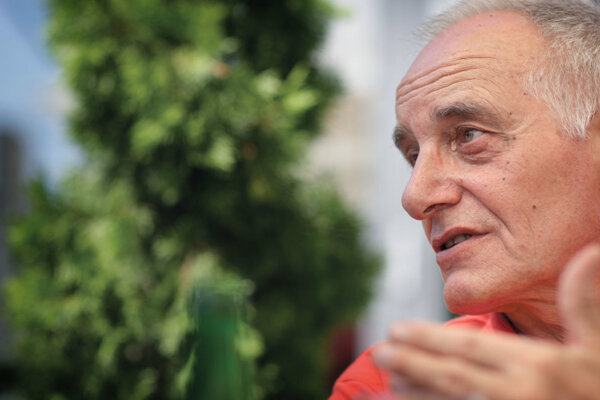 One of Slovakia's biggest contemporary writers, Pavel Vilikovský, passed away on February 10. He was 78 years old.

The post-modernist Vilikovský was known to readers abroad as well. Many of his books were translated into several languages, including one of his latest works, Fleeting Snow, published in Slovak as Letmy sneh in 2014. He belongs among the most translated Slovak writers.

Vilikovský debuted with a collection of short stories in 1965. Among his notable works from his earlier works are three books published in 1989, Eskalácia citu (also available in English as Escalation of Feeling); Kôň na poschodí, slepec vo Vrábľoch (A Horse Upstairs, a Blind Man in Vráble) and the novella Večne je zelený... (Ever Green Is...).