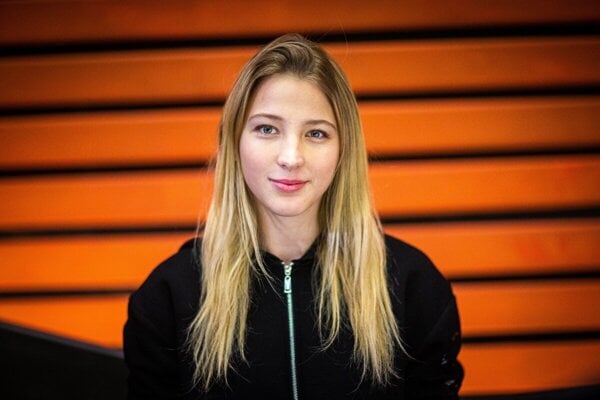 The documentary V sieti (Caught in the Net), directed by Vít Klusák and Barbora Chalupová, has opened up the shocking topic of sexual predators on the Internet.

Actor Sabina Dlouhá, 20, describes how many men approached her during filming, what it was like to meet predators face-to-face, and why she had to seek the help of a psychologist.

“I constantly kept in mind how when a predator wrote or called me I was protecting a girl or boy to whom he would do it instead of me,” she says.

Was it difficult to be convincing in the role of a 12-year-old girl? How did you prepare for it?

I paid a visit to my former primary school where I could sit in the class with seventh graders and stay with them during breaks. I spent as much time in their company as possible. I also went with them to nature school (a concept in education where children leave their usual school for several days and go to a facility in the countryside where they attend classes and go on trips).

I tried to walk in their world and learn what they encounter in their lives. I had an advantage in that my cousin was also at that age, so she drew me into the life of a seventh grader. She told me who were the favourite Youtubers and TikTokers, and I realised I was living outside of this world. I didn't know any of them.

Did you also start thinking like a 12-year-old after this preparation?