The movement has a message for Slovakia's next prime minister. 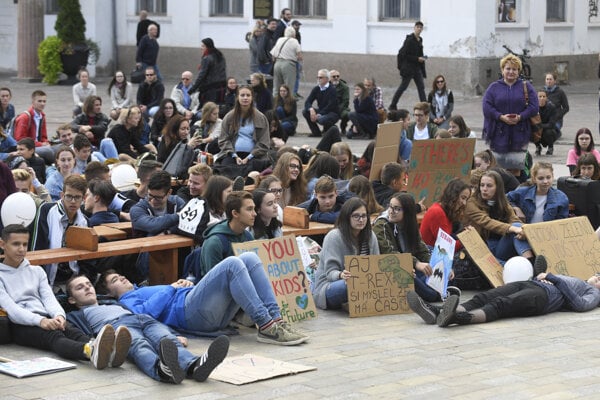 Students skip their classes and come to the Košice promenade to take part in the Fridays for Future protest on September 20, 2019. (Source: TASR)
Font size:A-|A+131

A group of young Slovaks formed Fridays for Future (FFF) Slovakia and then, they have gone on to organise climate strikes around the country.

Jakub Hrbáň of FFF Slovakia explains why he co-founded the movement in the country and how schools and parents of young activists react to their initiative.

He also claims the government has not done much to tackle climate change, ignoring many of the movement's 12 demands. As a result, Hrbáň has a message for politicians and Slovakia's next prime minister as well.