It was probably hidden by a priest who told no one it was there. 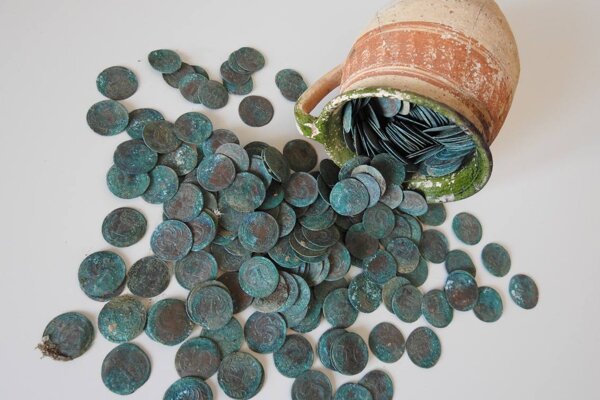 While removing the floor of the church in Obišovce near Košice, the foundations of the old church were uncovered. After this discovery, the archaeological company Triglav conducted research that took place at the beginning of February 2020, the Regional Monuments Board Košice reported.

During this work, the archaeologists discovered a unique treasure trove of coins, kept in a ceramic mug and covered with a small stone slab, under the original stone floor close to the western entrance of the church. 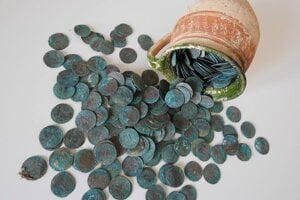 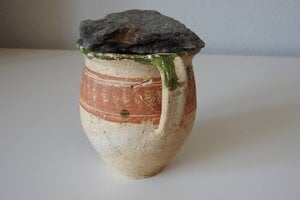 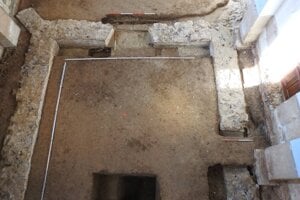 The hoard consists of more than 500 coins, most of them mining salary plates. The silver coins were wrapped separately, probably in linen clothing. The coins date the treasure to 1702 at the earliest.

The mining salary plates and coins were minted in Košice, Smolník and Banská Štiavnica, proof that believers journeyed from those regions and probably left them as charitable gifts. There were Polish coins amongst the treasure as well. 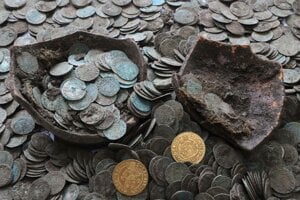 Related story:Boars dug out a treasure of coins from the turn of 15th and 16th century Read more

The historic sources state that after the Thӧkӧly uprising was over, sometime between 1685 and 1687, a Catholic priest returned to Kysak parish. Obišovce at that time belonged to this parish. The priest was a Pole, he was blind in one eye and sometime in the 1690's he went blind completely. The church was under the administration of the Catholic church until 1705 when rebels plundered it and it was left as a ruin for three years. The Polish priest was expelled and he returned to Poland.

The old church was established in the time of the Rennaisance and it was dismantled in the middle of the 19th century to be replaced by the current church.

Thank you for singing up. Shortly an email will be sent to the address you provided to verify your e-mail.
Error! Please try to register again later, your e-mail was not registered.
Your email is not in a correct format.
Please confirm you are not a robot.
Share on Facebook (1306)Comments disabled

Politicians and media were outraged by an inappropriate joke.

What remains to a member of the Hungarian minority who believes in the rule of law?