Toads migrate to water, their transfer spoiled by coronavirus

They will not receive help for the first time in 15 years. 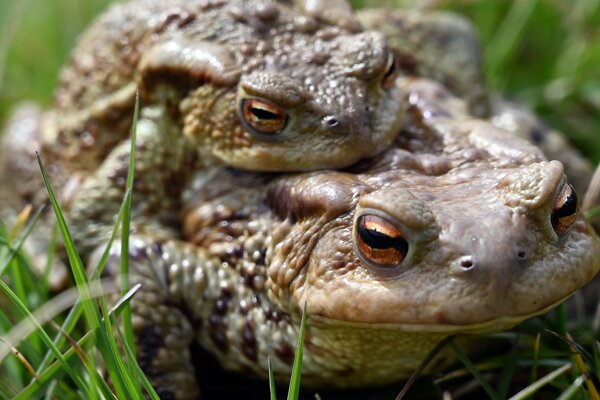 Toads will use their own legs to move from the forest to the water. Environmentalists did not lay protective plastic film for the first time in 15 years at the Brestovské ponds near Humenné, which should have saved migrating frogs from ending up under a car’s wheels.

This was due to the coronavirus pandemic, the regional My Korzár reported.

In the locality of the Brestovské ponds, thousands of common toads as well as other amphibians migrate from the forests to water to lay eggs.

They stretched protective plastic film alongside roads and then transferred the animals in buckets to the water. Students from the local schools were also helping them, called Frog taxi.

“This year is different for us humans,” said an environmentalist from the administration, Anna Macková, as quoted by Korzár. “We are individually isolated in order not to infect each other and we are trying to behave responsibly and considerately,” she said.

Macková added that for the first time in 15 years, they will not stretch films and help the frogs to migrate, because they are afraid that whoever does it will not be permitted to go out in the future

Don't help on your own

The compound of the ponds was closed between March 16 and 19 to the public. Environmentalists visited on March 18 and said there was almost nobody. The movement of cars in the locality is limited. Only fishermen and people from the local chalets are coming.

“We agreed with the state forests that while migrating, they will suspend mining in the forests,” said Martin Šepeľa from the administration, as quoted by Korzár.

They monitor the transport of cars and they spotted about 54 cars per day, which means a potential risk for migrating frogs. 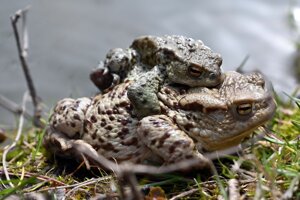 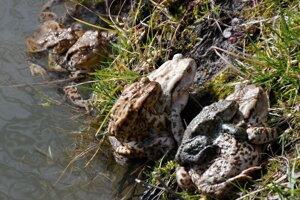 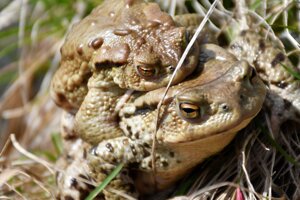 In ideal conditions, the migration lasts four or five days. Sometimes, it is prolonged to eight.

“We assumed that they would migrate from March 29 to April 5,” Šepeľa said, as quoted by Korzár. “We ask drivers to be considerate and limit their movement to a minimum.”

To initiative individuals, it is not recommended to transport the frogs on their own as it is handling of protected animals. In the past years, environmentalists and students transferred about 15,000 to 17,000 toads.