How did Spiš Castle look in its heyday? 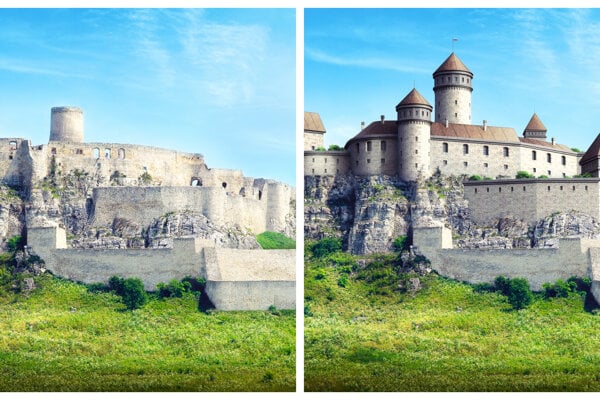 Spiš castle now and how it could look like in the past. (Source: Courtesy of Budget Direct)
Font size:A-|A+503

A majestic castle in Slovakia, Spiš Castle in the east of the country, has been virtually reconstructed.

The castle is undergoing reconstruction and people are recommended to stay home because of the coronavirus outbreak. Budget Direct can take you on a virtual trip.

They chose seven of the most unique ruined castles of Europe and, working with a team of designers and architects, created a series of architectural renderings and reconstruction animation that return them to their former glory. One of them is also Spiš Castle.

Thank you for singing up. Shortly an email will be sent to the address you provided to verify your e-mail.
Error! Please try to register again later, your e-mail was not registered.
Your email is not in a correct format.
Please confirm you are not a robot.
Share on Facebook (503)Comments disabled