It was closed for two years because people were destroying it. 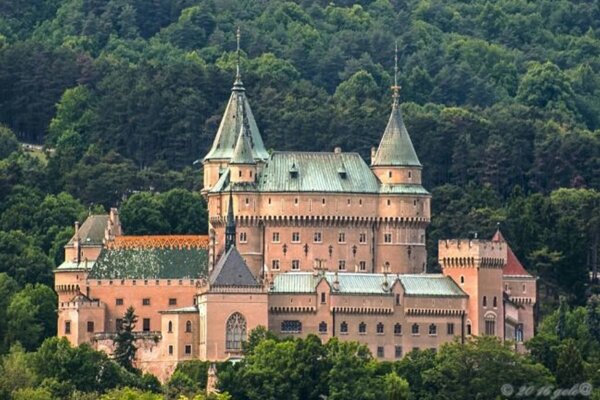 A small lookout platform above Bojnice castle is open to the public again. The local spa closed it after it became the regular target of vandals.

Following an agreement with the spa, a group of falconers called Aquila will take care of it from now on.

The lookout platform has been closed for a long time. When it was open, people would just leave their rubbish behind and destroy the binoculars, said chief falconer Jozef Tomík.

“The lookout platform offers one of the most beautiful views of Bojnice castle, and it would be a pity if it was closed forever,” said Tomík, as quoted by the TASR newswire.

If it stays clean, it will remain open

The falconers will pick up rubbish left behind by visitors and clean the platform's surroundings.