COVID-19 rules related to cross-border workers to be reviewed

Slovak carers in Austria demanded simpler rules at a protest on April 26. 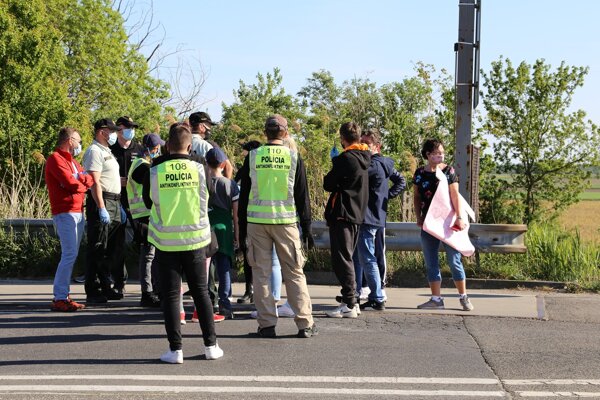 The crisis management team may relax the rules under which people returning to Slovakia after April 20 are ordered, at large, to go into quarantine at state facilities. Changes, if approved, will concern cross-border workers, including health-care workers and carers working in Austria, and repatriates. 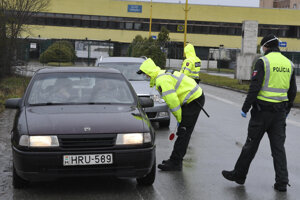 “The epidemiological situation in nearby countries has been favourable in recent days,” the Public Health Authority (ÚVZ) said on April 26. It added Chief Medical Officer Ján Migas will thus propose changing a regulation from April 17 making state quarantine and self-paid tests mandatory for many, at the earliest meeting of the crisis team.

He made this promise on the same day Slovak carers and health-care workers working in Austria protested the rules in place at the Bratislava-Berg border crossing. Moreover, a petition signed by almost 12,000 rejects compulsory monthly RT-PCR tests for cross-border workers living and working within 30 kilometres from a Slovak border, which they are to pay for themselves, to avoid the state quarantine from May 1.

The Prime Minister Igor Matovič said on April 21 that if ÚVZ sees by Monday, April 27 that the situation has leveled off around Slovakia, it will “make no sense for any restrictions to apply in the case of cross-border workers”. He also called on this group not to get tested prior to the April 27 meeting of the crisis team.

The Sunday protest was organised by a group of Slovak carers on the Austrian side of the Berg-Bratislava checkpoint, supported by carers and others on the Slovak side of the border.

“Carers, despite having a negative COVID-19 test in Austria, are not entitled to home quarantine but must go into state quarantine,” Bibiána Kudziová of the Austrian Economic Chambers (WKO) told the news website Aktuality.sk.

She added that state quarantine should be cancelled as it is a hatchery for more confirmed COVID-19 cases and Slovakia should, instead, accept coronavirus tests carried out abroad. Under current rules all Slovak carers and other workers returning to Slovakia but not meeting the 30km distance rule must go first to the state and later to home quarantine. 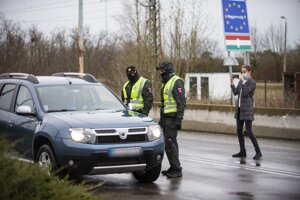 Those who meet the distance rule of 30 kilometres are free from quarantine but are required to possess a confirmation from their employer and, as of May 1, a test no older than 30 days. The petition calls the requirement of obtaining these tests discriminatory, illogical, and expensive for cross-border workers. Slovak MEPs have criticised the planned measure as well.

The Interior Minister Roman Mikulec said on April 26 that he respected the decision of organisers to hold the protest although he did not see any reason for it.

“During the current situation, they are exposing themselves to the disease by organising the gathering,” he added.

Mikulec went on to say his ministry does not have any power to relax or lift coronavirus measures, and the government cannot favour one group over another without complex analyses. Nonetheless, he reiterated what Matovič and Migas had said; the crisis management team would discuss possibilities on how to mitigate measures that affect cross-border workers and repatriates at its earliest meeting.