Slovakia earns reputation as a success story in the coronavirus pandemic

What international media are writing about the coronavirus in Slovakia and its strategy to contain the outbreak. 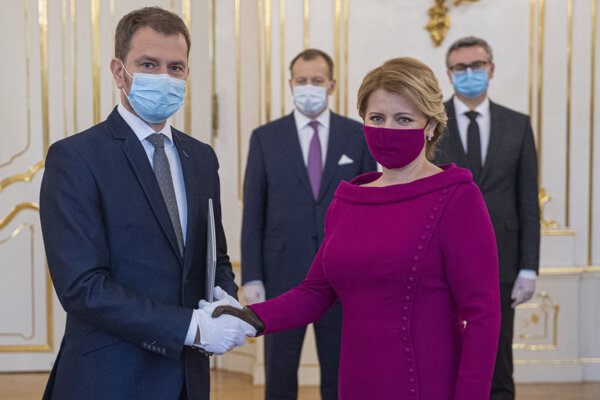 Kafkadesk: Which cities are best managing the post-COVID recovery?

As the world economy faces its worst recession in decades due to the Covid-19 pandemic, cities all around the world are slowly emerging from months-long lockdowns and will be on the frontline of the fight to lead the economic recovery, while doing everything possible to avoid or mitigate a second wave of the virus, according to the Kafkadesk website.

In a recent study, the online learning platform FutureLearn looked at how well – or how badly – cities are prepared, and which ones are best at managing the post-coronavirus economic recovery.

Although there is no central European capital in the top 10, two made it into the top 50: Bratislava, placed at 26th, ranked best and Budapest came 49th. On the other hand, Warsaw, Prague, Krakow and Bratislava were all in the worldwide top 10 in the unemployment category. 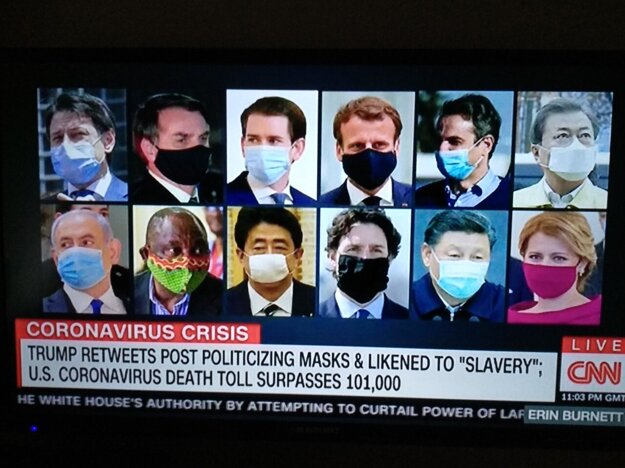 On May 28, CNN in its show hosted by Erin Burnett listed President Zuzana Čaputová as one of the leaders who who lead by example. (Source: Screenshot)

Slovakia isn’t an especially rich country with a strong national health system, nor was it regarded as particularly well equipped to handle a pandemic, the Atlantic wrote in its piece that labels Slovakia "the nation with the lowest per-capita death rate in all of Europe".

"When this pandemic ends, and when the reckoning over how the world responded invariably begins, Slovakia will likely be among those highlighted as a success story, whereas the United States—which was supposed to be the country best prepared for such a crisis—will be remembered as among those that suffered the worst," the Atlantic writes in the piece that goes on to describe how Slovakia was able to flatten its curve. It highlights the role of politicians, namely President Zuzana Čaputová in modelling best practices and wearing protective masks in public.

The Guardian: Why has eastern Europe suffered less from coronavirus than the west?

The Guardian wrote that even the worst-hit central and eastern European countries have much lower infection and death rates per million inhabitants than western European states, and cites Slovakia as one of the remarkable examples. Wearing masks is listed as one of the factors that might have helped, but the early lockdown implemented in Slovakia and other countries of the region is regarded as the most important reason.

At the same time, the Guardian points out some feel the region is not getting enough credit for its lower numbers in the coronavirus statistics.

Reuters: Slovakia will accelerate reopening of economy hit by coronavirus

As Reuters reported on the accelerated reopening of the economy in Slovakia, it also points out that it was one of the quickest countries in Europe to close borders and implement measures to combat the COVID-19 pandemic.

"But its economy has been hard hit by the lockdown of many activities and the central bank last week predicted the economy would shrink by between 5.8% and 13.5% this year," Reuters wrote.

WSJ: Poorer nations in Europe’s East could teach the West a lesson on coronavirus

The Wall Street Journal in its mid-April 2020 story pointed to the significant differences in the numbers of infected and victims in different parts of Europe, with the East doing much better than western-European countries.

The main reason for the major difference in coronavirus statistics was the fears of the poorer countries of central and eastern Europe, mainly that their relatively weak health care systems might not be able to contain a major outbreak.

The Financial Times noted that central and eastern Europe reacted before the epidemic got started, highlighting the Czech Republic and Slovakia who "moved very quickly".

"In the middle of March, Slovakia’s new prime minister, Igor Matovic, and his health minister, Marek Krajci, appeared on television and were asked by presenter, Zlatica Puskarova, to put on masks to set an example," the Financial Times pointed out, giving the presenter the credit for the fact that the politicians got used to wearing masks in public.

At the same time, the Financial Times admits that the relative success of CEE nations was also due to luck - they had more precious time since they only detected the first coronavirus patients in the first week of March. They also did not hesitate to take "aggressive steps", like closing the borders.

Slovakia closed its schools, shops and borders earlier than any other country after Italy. Meanwhile, politicians and TV anchors embraced masks even before the government made them mandatory, Bloomberg wrote in its recent piece about how Slovakia has been particularly fast at accepting measures to prevent the spread of the coronavirus.

Slovakia has recorded 22 coronavirus casualties as of April 29, which puts the country among the lowest number of deaths per capita.

Bloomberg noticed the closing of schools in the Bratislava region two days after the first infected patient tested positive on March 6. It also noticed the importance of the supervised quarantine of people returning from abroad.

“If the trend is maintained, we can say we’ve handled the situation as one of the best countries,” said Martin Smatana, the head of the government Institute for Health Policy, which models the virus’ spread. “In the majority of the population, the virus isn’t spreading,“ Bloomberg summed up.

Although her position is largely ceremonial, Čaputová was one of the first world leaders to make important symbolic moves in public, when for the new cabinet’s swearing-in ceremony on March 21, she led government leaders in wearing a mask, and showed how it can even be done with style. Her destigmatising gesture set an example for a country that has maintained one of Europe’s lowest coronavirus-related mortality rates, Medium wrote.

Euractiv: Facemasks against COVID-19: Why Slovakia became the trailblazer

Slovak neurosurgeon Andrej Šteňo's blog, first published on Denník N, was reprinted by Euroactiv. He stresses that Slovakia's largest cities were the first to make masks compulsory in Europe, at first only on public transport.

"In the end, it may turn out that Slovakian representatives evaluated the available data on facemask wearing earlier and perhaps even better than many leading health agencies, including the World Health Organisation (WHO) or the US Centre for Disease Control and Prevention (CDC)," he wrote and went on to describe the beginning of the story of mask wearing in Slovakia, "long before the COVID-19 epidemic spread to our country". He also highlighted the television appearance of the incoming prime minister Igor Matovič and health minister Marek Krajčí wearing masks on March 13.

NYT: Mask-wearing is a very new fashion in Paris (and a lot of other places)

The New York Times noted that the Czech Republic became the first nation in Europe to make mask-wearing mandatory, followed by Slovakia on March 25.

"Though neither was used to it, people across both countries mobilized by sewing masks at home, often giving them away to doctors, nurses and shop assistants or leaving them on their doorsteps or gates for passers-by," the NYT wrote. The newspaper also highlighted television anchors and politicians taking the lead, wearing masks in studios and outside. They give the example of President Zuzana Čaputová and her mask that matched her dress.

The Guardian: How far? How soon? Czechs grapple with how to ease Covid-19 lockdown

There may be several reasons for the low numbers, but the decisive one seems to be a speedy move to enforce lockdown measures, the Guardian wrote in March. It also noted that there has been criticism of the slow pace of easing the lockdown, particularly among those in the service and tourism sector.

The BBC ran a picture of Slovakia's new prime minister, Igor Matovič, shaking hands with the President Zuzana Čaputová during the inauguration of his new cabinet, as the main story on its website. Both Matovič and Čaputová wore face masks during the ceremony.

Huffington Post: The president Of Slovakia has, uh, nailed her coronavirus look

Huffington Post highlighted Zuzana Čaputová, president of Slovakia, wearing her face mask during the inauguration ceremony of the new four-party coalition government in Bratislava, "in a head-to-toe colour-coordinated look". They labelled her look "a bit of Handmaid’s Tale, a bit confusing and, well, a bit chic".