The short film, ‘A New Day Will Be’, features Slovak actor Robert Roth. 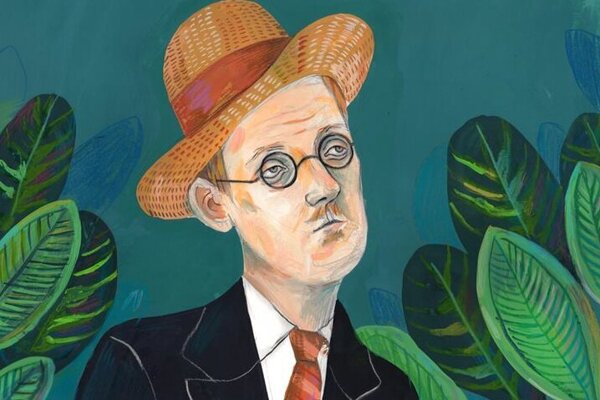 The straw boater hat is one of the dress items that should be worn on Bloomsday. (Source: Facebook/Museum of Literature Ireland)
Font size:A-|A+94

This year’s Bloomsday, a festival celebrating Irish writer James Joyce’s masterpiece Ulysses, has been forced to move online due to the coronavirus outbreak.

Apart from online events, more than 40 performers from 40 locations across six continents, running from Santiago to Tokyo and from Johannesburg to Dublin, including Bratislava, have “met” in a short film, titled ‘A New Day Will Be’, to jointly celebrate the festival based on the 1922 book.

Bloomsday, widely popular in Dublin as the story takes place here, is celebrated on June 16 from 8:00 until the next morning, following a timeline of Ulysses from the year of 1904. The day is named after one of the main characters in the book, Leopold Bloom.

The Slovak stage actor, Robert Roth, is one of the performers – reciting “so once were we” in the Slovak language at a cemetery – alongside, for example, former US Democratic Presidential candidates Pete Buttigieg and Beto O’Rourke, who recite other words used in Ulysses from elsewhere.

Under normal circumstances, people would be going to readings and performances dedicated to Ulysses, some of them wearing clothes from the era when the book was written. And those in Dublin would be discovering places mentioned in the book while wearing straw boater hats.

From isolation to love and hope

Because of the pandemic, the Museum of Literature Ireland (MOLI) and The Department of Foreign Affairs and Trade (DFA), with their partners, decided to bring the world closer together through the video.

A little trouble about those white corpuscles. Silence, all. White breast of the dim sea. The twining stresses, two by two.

Touch me. Soft eyes. Soft soft hand. I am lonely here. I am, stride at a time. A very short space of time through very short times of space.

Quest for the philosopher's stone… Living all day among herbs, ointments, disinfectants. Something going on: some solidarity.

Faithful departed. As you are now so once were we.

Life is many days, this will end.

Nations of the earth. No-one behind. Then and not till then.

The year returns. History repeats itself. Life, love, voyage round your own little world.

But tomorrow is a new day will be.

The sun shines for you he said…yes I said yes I will Yes.

“Using Joyce’s timeless words, performers join together to chart our universal, shared humanity as we journey through these extraordinary times: from silence, isolation, the desire for human touch and the quest for a vaccine, through remembrance and resilience, to hope, love and finally affirmation,” the DFA said.

The score composed and performed by Dublin-born fiddler Caoimhín Ó Raghallaigh is accompanied by Ulysses phrases in almost 20 languages, including Swahili and Irish Sign Language.

“For each scene, the type of location chosen echoes the original setting of the relevant episode of the novel,” the DFA noted.

The Ulysses book mentions Eccles Street, where Leopold Bloom’s home is, and also features a hospital, several pubs, as well as the National Library of Ireland.

The first Bloomsday celebration was held by Joyce’s friends after his book was published. Ireland, however, began to celebrate Bloomsday no sooner than in 1954.

Even though Joyce left Ireland in 1904 for continental Europe, residing in Paris, Trieste, and Zürich, he did not stop writing about Dublin.

Nearly a century after the book was published, Joyce's Ulysses has touched the hearts of people worldwide. On this occasion, Ireland’s national broadcaster, RTÉ, is running almost a 30-hour production of Ulysses from 1982 as well.