Government has a new proxy position, fills it with a controversial figure

Sme Rodina insisted on the nomination of its MP, formerly known for her relations with underworld bosses, for the post. 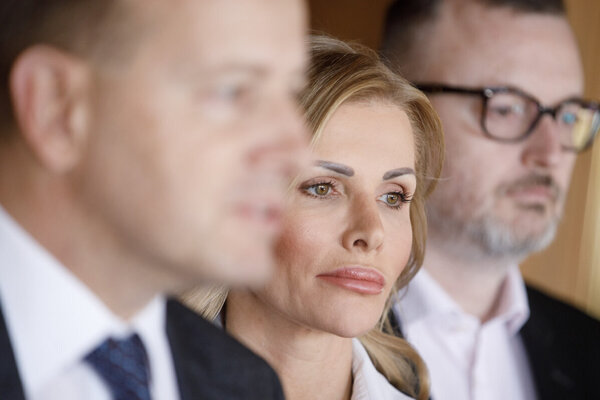 Petra Krištúfková is the new government plenipotentiary for families and social aid.

That is the official title of a new position that emerged at the Labour Ministry after Milan Krajniak (Sme Rodina) took over as minister. The Igor Matovič cabinet approved the proposal at its June 17 session and installed Sme Rodina MP Petra Krišúfková into the newly-created post. She is to help the government "to prepare measures for families and the socially weak", the ministry wrote in its press release.

There have been several organisational changes at the Labour Ministry that have provoked criticism among proponents of gender equality. In addition, the choice of Krištúfková for the post has been criticised too, with media pointing to her lack of experience in the respective policy area and to her past relationships with prominent underworld figures in Bratislava.

One-page CV of the new proxy outraged some