First 100 days of new government marked by the pandemic

Political analysts highlight the unusual communication style of PM Igor Matovič. They are not impressed. 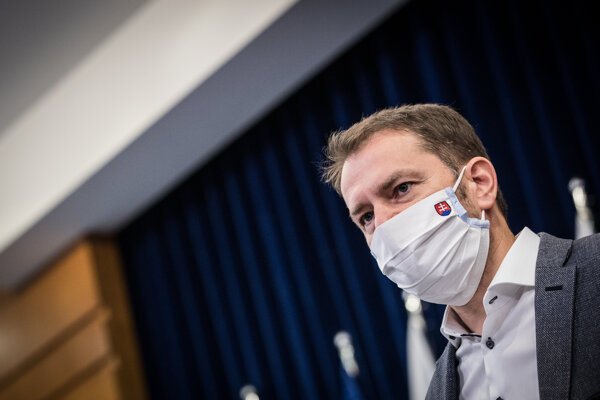 “The first hundred days are given to a new government to warm up, we do not criticise,” PM Igor Matovič said on a televised debate on TA3 about the 100-day milestone his government will mark on June 28.

Slovakia was the only European country where power changed hands in the middle of the pandemic. The Peter Pellegrini government was replaced by Igor Matovič and his ministers from the four ruling coalition parties, the prime-ministerial Ordinary People and Independent Personalities (OĽaNO), and its partners Sme Rodina, Freedom and Solidarity (SaS) and Za Ľudí. No predecessor of the Matovič government had taken over in such a hard situation, observers have noted.

“The new government faced the task of grappling with the crisis that even experienced governments in the world have struggled with,” Gabriel Eštok, political analyst of Pavol Jozef Šafárik University, told The Slovak Spectator.

Despite its lack of experience in public administration, the Matovič government is generally seen as having handled the containment of the COVID-19 epidemic in Slovakia rather well. The government ministers tend to brag about Slovakia being the best in Europe at handling the public health crisis, although there have been some questions, particularly about the compulsory quarantine practices. 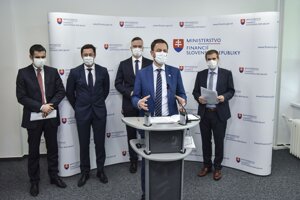 Yet it is less clear whether measures for the elimination of the economic consequences of the coronavirus crisis were sufficient and accepted early enough, Eštok noted.

“We will see that a bit later, but the outlook does not seem positive,” he noted.

With the pandemic raging around the world, there was not much space for another agenda, Eštok admitted. The analyst stressed that the government should now pay attention to other aspects of life in Slovakia.

Viera Žúborová, political analyst and director of the Bratislava Policy Institute, does not ascribe the good pandemic numbers to the Matovič government but to the mental setup of society, which she says is very submissive towards authorities and threat. People felt that “they had to obey because knowing the health care [condition] they realise the country would not make it” if the virus hit really hard.

Even if the pandemic had been the number one problem in the past three months, political analyst Pavol Baboš from the Comenius University said some creaks have appeared in the ruling coalition. He also pointed to the unusual style Igor Matovič applies when communicating with the public, not necessarily with a positive outcome.