Folklore is commonly exploited by politics in Slovakia, ethnomusicologist says

Folklore says a lot about us in many regards, Jana Ambrózová has learned as both a folklore enthusiast and researcher of Slovak folk traditions and music. 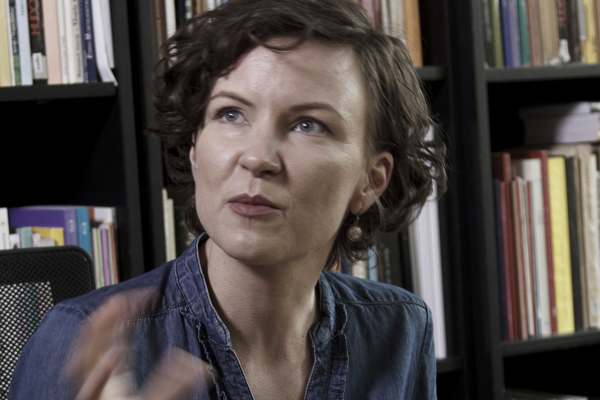 In the last of many attempts politicians have attempted to exploit folklore, folk costumes and symbols to dress their nationalism in appealing colours, Slovak artists, folklorists and researchers who dedicated their lives, professions and free time to folklore, stood to protest.

Jana Ambrózová, ethnologist and musician, was one who led the way.

Raised in a "folklore family", Ambrózová decided early on that her passion for folklore would become the focus of her professional interest. Nearly her whole family was active in various folklore ensembles.

“My perception of this kind of art, especially its musical component, changed during my ethnology studies,” Ambrózová told The Slovak Spectator. At the university, she learned more not only about the musical performances but also about human as a social being that perceives, thinks, creates and moves.

Now a professional university researcher, Ambrózová dedicates her time to teaching, research, and to popularising the result of her investigation. In her research, she focuses on playing styles in traditional string bands, and admits that her personal experience with playing the violin is irreplaceable in her academic endeavours. It makes her analytic approaches easier and more sensitive, and impacts her research methods.

“Being a musician and common music-making often made my penetration of various musical communities easier, as well as my communication with the bands I researched,” she noted.

The unpleasant label on folklore

There has always been an active group of people in Slovakia who perceive folklore as a full-fledged part of their lives, the basic component of their personal identity and their development, or maintaining their mission and natural attitude, Ambrózová said about Slovaks' attitude to folklore.

This active group is very popular and keeps widening thanks to the new forms of media popularisation of folk music, dance, traditional costumes and ornaments.

Yet the researcher hesitates to say that all Slovaks harbour a positive attitude towards traditional folk culture and folklore.