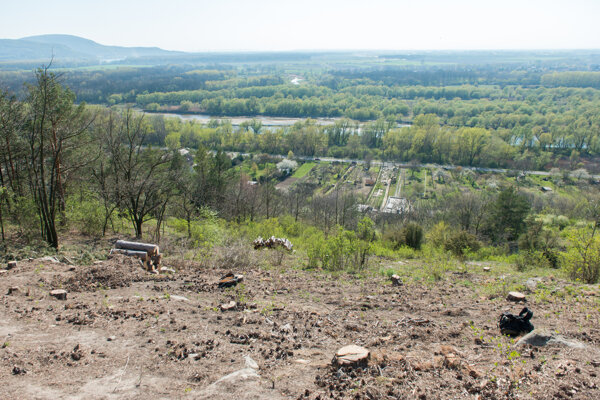 On the first Sunday in March, flames on the protected Devínska Kobyla Hill frightened inhabitants and visitors of Devínska Nová Ves on the outskirts of Bratislava. It was neither an accidental fire nor an illegal burning of grasslands, but a controlled incineration of remains of whipped alien black pines. Nature conservationists removed them as part of a long-term systematic care for this valuable natural area.

“This is how we free up space for rare plant species typical of Devínska Kobyla,” Pavol Littera, from the non-profit organisation Regional Association for Nature Conservation and Sustainable Development (BROZ), told The Slovak Spectator. He admitted that communication failed on their part, informing the fire brigade and police about the incineration, but forgetting to pass on the information to the local municipal office.

The black pines were planted under the previous communist regime, paradoxically with good intentions.

“At that time, there existed the opinion that forests is what was valuable in nature,” said Littera. “Such rocky areas were perceived as empty and of no value. Therefore, it was a great effort to afforest such slopes.”

This also happened in this area, although according to Littera it had to have expended a huge amount of energy, given the steepness of the slope and the shallowness of the soil.