Prime Minister Matovič is a plagiarist too

Denník N looked at his MA thesis. Matovič did not deny it and said he would step down when every pre-election promise he gave is fulfilled. 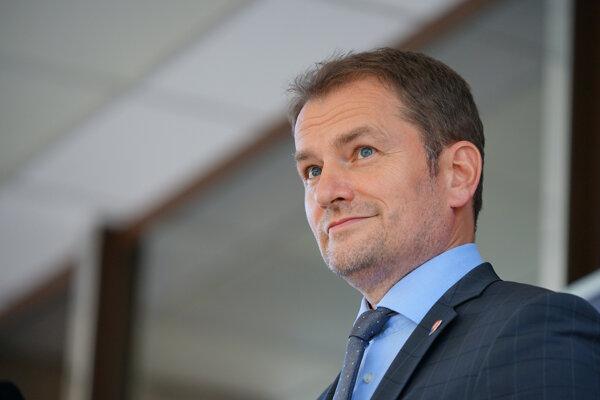 Prime Minister Igor Matovič plagiarised his final thesis, the Denník N daily concluded after it looked at the hard copy of the thesis and compared it with its most prominent source.

Matovič graduated with an MA degree from the Comenius University's Faculty of Management (FMUK) in 1998. In the thesis he submitted to gain his degree, he copied two economy publications, often taking entire pages complete with charts, making it look like his own work.

Matovič studied at FMUK between 1993 and 1998. The topic of his thesis was The Tax system and its Impact on Business Subjects.

"I have never boasted of my title, I have never deliberately written it [in front of my name] nor did I put it on my ID," Matovič wrote in a Facebook post in reaction to the article by Denník N. He admitted this was so because during the last two years of his studies "I literally slacked in school and I have publicly admitted to it x number of times".

Not the first time his thesis makes news