What Košice can learn from Brno and Tartu

Peter Kolesár (Civitta Slovakia) and Mary MacPherson (Slovak American Foundation) point to Košice’s potential to become a regional innovative hub, demonstrating the path to follow on the examples of Brno and Estonian Tartu. 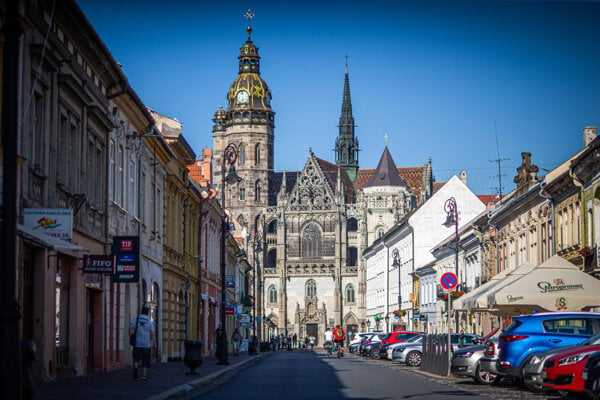 In 2012, one of the largest foreign investors in Brno Flextronics decided to close its Czech manufacturing operation and laid off over 1,000 employees. This was a shock for the local economy, but it triggered a change in the economic paradigm and jumpstarted the local innovation ecosystem.

Brno is now known for a vibrant startup scene, successful global technology companies that were born there and R&D centers of large multinationals. Representatives of regions from around Central Europe come to Brno to learn about JIC – South Moravian Innovation Center, a key to the success of the Brno Region. Small cities around CEE can become thriving innovation hubs if they manage to create ecosystems connecting local stakeholders and fostering their global exposure and collaborations.

Another good example is Tartu, an Estonian city with a population of less than 100,000. Four years ago, an idea was initiated by people from nine different organizations who decided to start the largest technology festival in the Baltics. The event – sTARTUp Day – has had a strong impact on the city: first, it brings together local stakeholders - the city of Tartu, universities, science parks, creative centers, startup hubs and corporates, each one benefitting from the collaboration and contributing to the ecosystem. And second, it helps connect Tartu to the world by bringing a diverse crowd of investors and innovators from around to globe to a small city in Estonia every year.

Can the success of Brno or Tartu be replicated in Slovakia? The answer is yes, and the city of Košice is a good candidate. So what does it take for Košice to become the next innovation hub?

1. Build on legacy and strengths

Košice has a strong creative industry cluster catalyzed by the European Capital of Culture title in 2013 and a related massive infrastructure development. Creative Industry Košice (CIKE) as an organization has been in the center of the transformation and can play a pivotal role for Košice’s future as JIC has done for Brno. Studies show why creative industries and creative workers are good for the economy. In Košice, the creative sector can bring added value to more traditional sectors of Košice’s economy such as IT. Introducing the creative perspective into a technical environment can generate unique sparks of innovation – or to put it differently - employing a creative professional can help innovation just as much as employing a scientist. (N. Lee, A. Rodríguez-Pose: Creativity, cities and innovation (July 2013))

Both Brno and Tartu have excellent universities that attract talent from afar. Košice’s major universities should accelerate their efforts to join forces and seek deeper and complementary collaboration. Three key factors will enable the universities to make real impact on the local innovation ecosystem:

Large companies are responsible for employing most of the local workforce. It should be in their interest to have a vibrant local tech scene – attracting talent from abroad, empowering universities, but also benefiting from solutions developed by local startups. Partnerships with universities should be a long-term investment into education through – for instance – joint PhD programs, not a short term source of new employees. The maturity of a startup ecosystem tends to correlate with the quality of corporate jobs large companies provide locally. Startups themselves rarely employ a large share of the workforce, but the more startups and entrepreneurs we see in a city, the more R&D centers and high added value jobs the region tends to attract.

Košice has a strong identity and “cultural code” connected with the industrial character of the city. This is complemented by a new identity of Košice as a cultural and creative center. The city is generating a vibrant community of creatives, entrepreneurs and innovators – what American economist Richard Florida calls a ‘creative class’. Strong events such as Art & Tech Days – the Slovak take on a legendary innovation and creative festival SXSW taking place in Austin, Texas – can be a change maker for the local scene, putting the city on the map of European tech events and attracting innovators and creative professions from abroad.

The public sector plays a critical role in all successful startup ecosystems, from Tel Aviv to Helsinki, from Brno to Tartu, for three main reasons. First, mayors help define the narrative of their cities – the more they associate their city with innovation and “the new economy,” the more talent and entrepreneurial activity they are able to attract. Tartu is a good case in point, being dubbed as “sTARTUp city”. Second, a city can serve as a lab, providing data to researchers and entrepreneurs to support experiments and pilots of new solutions and technologies that improve citizens’ lives. And third, a municipality can provide practical support measures to entrepreneurs and ecosystem players in the form of small grants or subsidized real estate for innovation hubs and accelerators.

Creating a vibrant ecosystem requires collaboration and an active approach of all stakeholders involved: entrepreneurs, investors, accelerators, corporates, universities and governments. In Slovakia, the economic crisis caused by the Covid-19 pandemic and impending structural changes due to AI and automation should create a sense of urgency to react as the leaders in Brno did to the panic caused by the departure of Flextronics.

Košice has been lagging behind most of its CEE counterparts in startup rankings (See for example: www.startupblink.com/startups/europe) - but it has the right ingredients to become Slovakia’s next innovation hub. Provided they are cemented by a visionary, collaborative and committed leadership that realizes the urgency to act and is ready to seize the moment.

Peter Kolesár is Partner at CIVITTA