Views, caves, holes, it has it all. 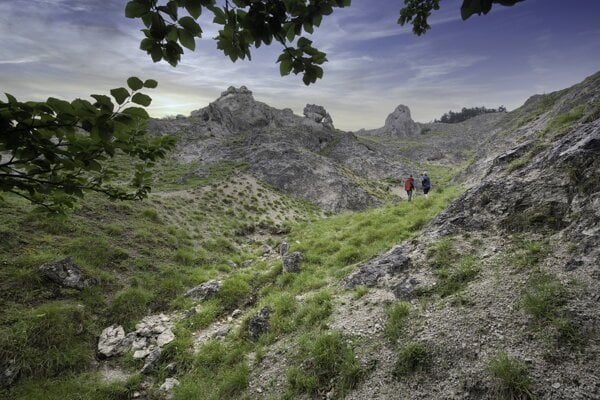 Tourists who decide to explore Plavecký Kras, a nature area at the edge of the Bratislava region, can enter a freely-accessible cave but also experience a scene resembling that of the Dalmatia region and Biokovo mountain in Croatia.

When exploring the path from the village of Plavecký Mikuláš, Deravá Skala (Holey rock) Cave is the first stop.

Deravá Skala is a site where many paleontological, anthropological and archaeological objects have been found.

Lačný also explained that the cave was probably originally connected to another cave, Tmavá Skala (Dark Rock), currently inaccessible to the public. This cave is located in another part of the valley, called Mokrá (Wet).

“Probably then, there was a moment when the current Mokrá valley severed the original cave system and two isolated caves came into being,” Lačný said, as quoted by the TASR newswire. 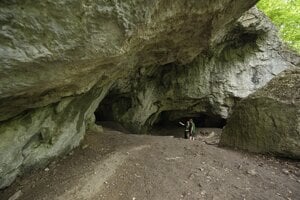 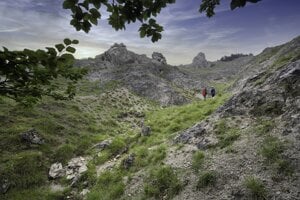 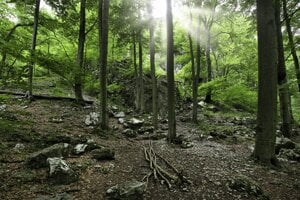 When visitors following the educative path and the green mark switch to blue, they will find one of the biggest karst holes near Amonova meadow where they can enjoy nice views from Báborská or visit Plavecký Castle and the former Celtic hillfort at Pohanská. 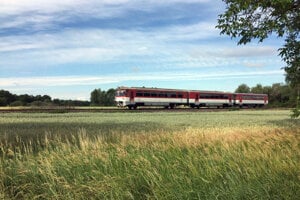 If before the Amonova meadow they follow the green mark, they will come to Jelenia Mountain, a rocky formation created by limestone dolomites.

“It resembles a subterranean area and especially during the summer when the scent of the black pines rises, you have a feeling of finding yourself somewhere in Croatia,” Lačný said, as quoted by TASR.

When the weather is good, it is possible to see nice views from Jelenia Mountain, for example, Plavecký Castle.

It is also possible to approach this locality from Plavecký Mikuláš by a shorter way, following the yellow mark.

“The interesting thing, in this case, is that the massive can not be seen from the road, so only after arrival, the view to this unique area opens out,” Lačný said, as quoted by TASR. He is persuaded that when walking in Plavecký Kras, one should not miss this place.