Tip for a trip: Sivý Vrch in western Tatras

Peak resembles the back of a stegosaurus. 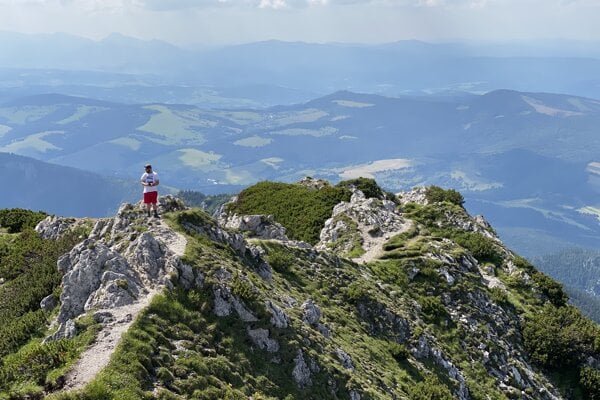 Town of rocks. This is how the Sivý Vrch (Grey Peak) could be described with a few words.

The mountain peak in the Western Tatras, possible to discover with our Tatras travel guide, remains unknown to many, even though those who have already hiked here often confirmed that it is their favourite hiking with beautiful views.

There are several routes to choose when going up. One includes the lower Babky peak, described as easier.

We opted for a peak from a spot called Horáreň Biela Skala. It is possible to leave your car here.

From this point, following the red mark the terrain ascends steeply. Marks were worn out at some points, so be careful not to depart from the touristic route, as the terrain is interlaced with many forest routes from the beginning, but they will not take you to your destination.