President: The Holocaust remains a tragic chapter in our history 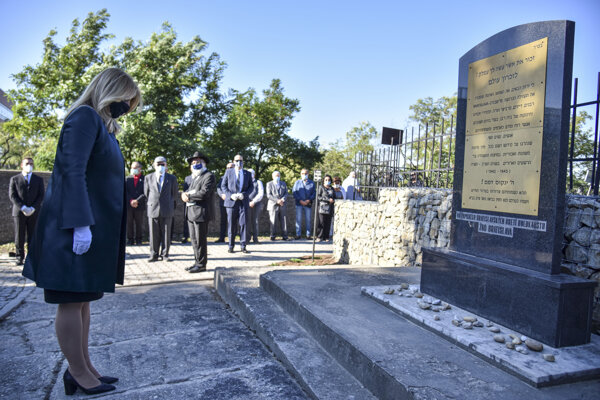 The Holocaust remains a tragic chapter not only in the history of Jews, but also the whole Slovakia, said President Zuzana Čaputová on the occasion of the Memorial Day for Victims of the Holocaust and Racial Violence.

Every year on September 9, Slovakia remembers the so-called Jewish Code adopted by the wartime Slovak state back in 1941, which limited the fundamental rights of Jews. By doing so, it declared its own citizens inferior and exposed them to inhumane behaviour, the president stressed.

“No apology or grief can temper the suffering of victims we remember today,” Čaputová said, adding it is necessary to remember these events and also the events preceding the Holocaust so that we are able to reject any signs of anti-Semitism, intolerance and discrimination.

She paid tribute to the victims by putting a stone on the memorial on Rybné Square in Bratislava and the Jewish cemetery on Žižkova Street. 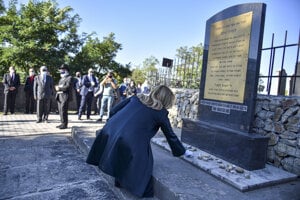 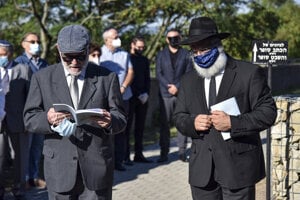 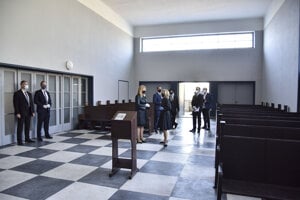 The horrors should be remembered

Several other politicians paid tribute to the victims, too.

PM Igor Matovič (OĽaNO) also reminded of the fact that the Jewish Code stripped people of their dignity. 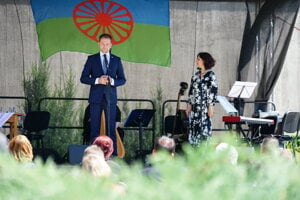 “The silence and collaboration with absolute evil resulted in the deaths of tens of thousands of Slovak children, parents, and grandparents,” he wrote on Facebook. “Let’s learn from this, please.”

Speaker of Parliament Boris Kollár (Sme Rodina) laid a wreath on the memorial on Rybné Square.

“It’s very important to realise that we’re equal, regardless of our skin colour, religion or gender,” he said, as quoted by the TASR newswire.

Foreign Affairs Minister Ivan Korčok (SaS nominee) said that this memorial day is mostly about keeping the message of the previous generation. Society is defined by its memory, and without historical memory it loses the ability of self-reflection, particularly regarding its own failures that creates space for further failures, he said, as reported by the SITA newswire.

Today is a painful anniversary, said Investments Minister and chair of Za Ľudí Veronika Remišová. It is necessary to respect those who have never forgotten that humanity does not distinguish between nationality and religion, and who risked their own lives to help Jews. Her party colleague Juraj Šeliga stressed how we should not allow others to cast doubt on the Holocaust, as reported by TASR.

The junior coalition Freedom and Solidarity (SaS) party stressed how important it is to learn from past mistakes.

The government of the wartime Slovak state issued the Order on Legal Status of Jews, also known as the Jewish Code, on September 9, 1941.

The code enshrined the anti-Jewish laws of the regime. As a consequence, Jewish citizens were transformed into a socially dependant group by the end of 1941. The regime attempted to get rid of Jews through deportations.

Since 2001, September 9 has been marked as a Memorial Day for Victims of the Holocaust and an appeal to fight against all forms of racism, hatred, xenophobia and discrimination.

The transport of the first thousand Jewish women was despatched on March 25, 1942 from Poprad, the last transport on October 20 in the same year.

The Slovak government paid 500 Reich marks for the deportation of every Jew, as Nazi Germany required.

57 transports headed to the area of Lublin and Auschwitz, 58,000 Jews were taken to concentration camps. Only several hundreds survived. The second wave of deportations in autumn 1944 affected about 13,000 people.