Most Slovaks do not want their children to marry foreigners, poll shows

Half of the respondents in the latest Focus survey, 50.1 percent, believe foreigners in Slovakia cannot be trusted. 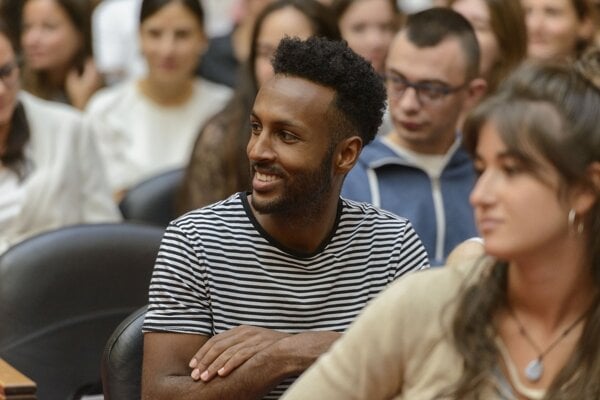 Most people who do not know any foreigner living in Slovakia personally reside in the Banská Bystrica Region, 54.6 percent, a new Focus survey for Milan Šimečka Foundation has found. (Source: Comenius University/Facebook)
Font size:A-|A+  Comments disabled

In summer 2016, Francisco Mejia was supposed to fully enjoy his wedding day. But this New Yorker did not get to do that as he had to watch his new Slovak mother-in-law, upset about her daughter getting together with a brown-skin man right after the knot was tied, make unkind comments about him to the guests instead.

With prejudices held against him by his sister-in-law as well, Mejia said: “She told me she’d thought I’d be trouble like those Roma in eastern Slovakia.”

Mejia is not alone with such experience in Slovakia. A recent Focus polling agency poll, surveying 1,009 respondents for the Milan Šimečka Foundation (NMŠ), shows that an overwhelming portion of Slovaks would not accept foreigners as part of their families.

The first part of the poll published in June found that the degree of social distance towards foreigners varies both in terms of country of origin, as well as other characteristics. And in terms of proximity, meaning the acceptance of foreigners as neighbours.

A case in point: while 32.7 percent of the respondents would not accept an American as their neighbour, the figure is slightly higher, 40.3 percent, when asked about an American as a potential family member.

Figures are much higher in the case of potential Muslim, Vietnamese, and Black family members.

Experience of Americans, refusal of the Vietnamese

“The result is not surprising or specific to Slovakia in itself,” Ivana Rapoš Božič, sociologist of Masaryk University in Brno said, noting that a family is the most intimate space for most people. Social distancing from others is thus common in this case.

Yet Slovaks have long been less accepting of foreigners in Slovakia according to previous Focus surveys for NMŠ. Reasons are unknown. In the case of Mejia, who is of Dominican heritage, the reason appears to be related to race.