In a sleepy Slovak region, the legacy of Andy Warhol lives on

Warhol's family in Miková thought he was a painter of buildings, and unknowingly burned paintings and correspondence now worth millions. 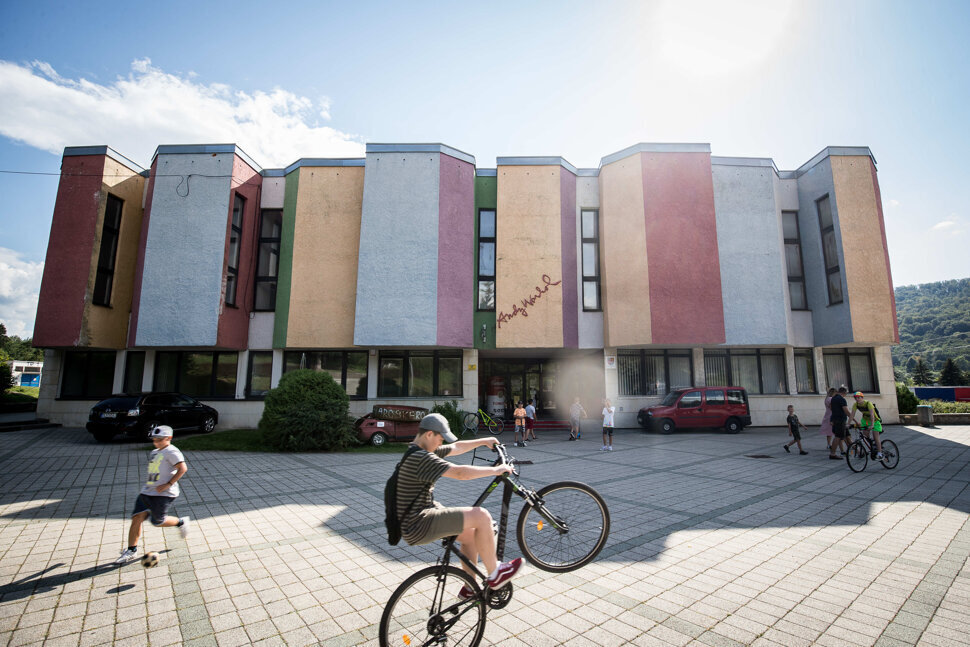 The Andy Warhol Museum of Modern Art in Medzilaborce welcomed both Banksy and Keith Haring this year. Their works were exhibited in Slovakia for the first time. (Source: Sme/Jozef Jakubčo)
Font size:A-|A+33

The three-star Eurohotel Laborec, one of two accommodation facilities in the town of Medzilaborce with 7,000 inhabitants, welcomes visitors with a dark front office where stuffed animal heads, including a bison, look on ominously.

From the other side, a small statuette of Andy Warhol recalls the main attraction of the town, which could also be called Warholtown thanks to the local museum. “Touch it and gain fame for 15 minutes,” reads a caption underneath the statuette. Warhol is credited with coming up with the phrase "15 minutes of fame".

Warhol, a world-class star, American painter and one of the main representatives of pop art, was born to parents from the nearby village of Miková.

Located on Andy Warhol Street in Medzilaborce, the hotel is only a five-minute walk from the Andy Warhol Museum of Modern Art, the world's first art museum of its kind. It was opened in 1991, before the American one in Pittsburgh. It will celebrate its 30th anniversary next year.

It is a colourful miracle in the surrounding grey, which immediately evokes a smile on your face. The former post office building became unrecognisable after the revolution.